WAHOOOO!! With a well-timed jump over an Octorok spike trap, Phantom Hourglass has landed on the Wii U Virtual Console in Europe and Australia. Unfortunately it has not made its way to America yet, but I’m sure the fog will lift soon. There’s a lot of baddies out on the ocean so you have to plot a course carefully. Let’s get to the point, a DS game on Wii U, what is this madness? Linebeck hid in the corner, he was scared of this new experience. How do two screens work on the TV? Is it functional? Could it be amazing? I’ve just completed the game and yes, it’s pretty fucken playable. I had an absolute blast with the ship’s cannon, ahahahaha. Linebeck told me that joke I swear. The game is pretty good too. This writeup is going to explain how DS games play on Wii U, and why Phantom Hourglass itself is special. 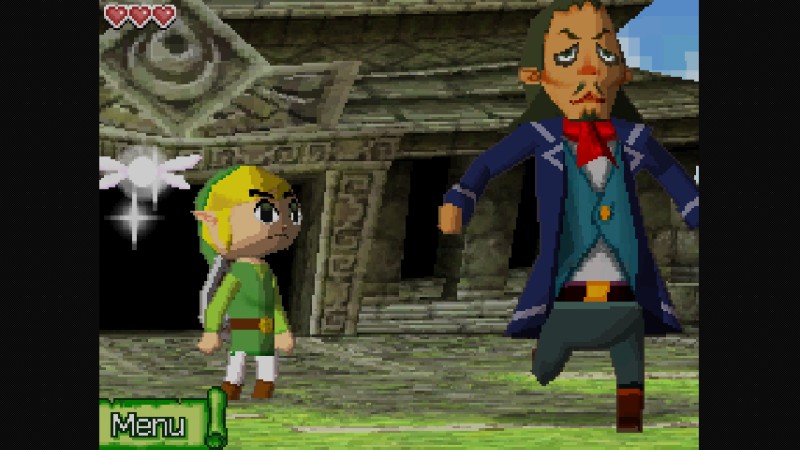