It’s no secret that Nintendo struggled in 2013. Despite the continued success of 3DS, Wii U sales were significantly lower than expected and profits are down. Instead of trying to cover it up by selling buildings and firing 10,000 employees, Iwata has come clean and said he needs to do better. The Blame Game has now become front-runner for GOTY 2014 with everyone becoming an expert on how the company should be run. Blah Blah Blah marketing. Hurp Durp Burp profits and IPs. Luigi should step down. There’s too much Mario. Pikmin is too weird. Iwata should be fired. The bottom line is; the world has changed and Nintendo should adapt.

So what should they turn into, this? 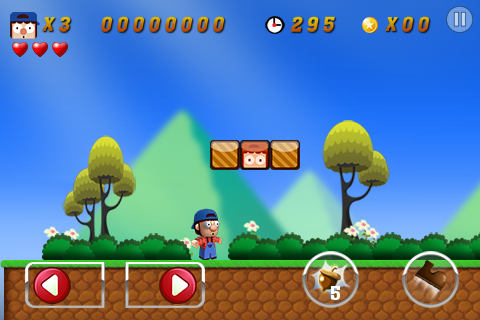 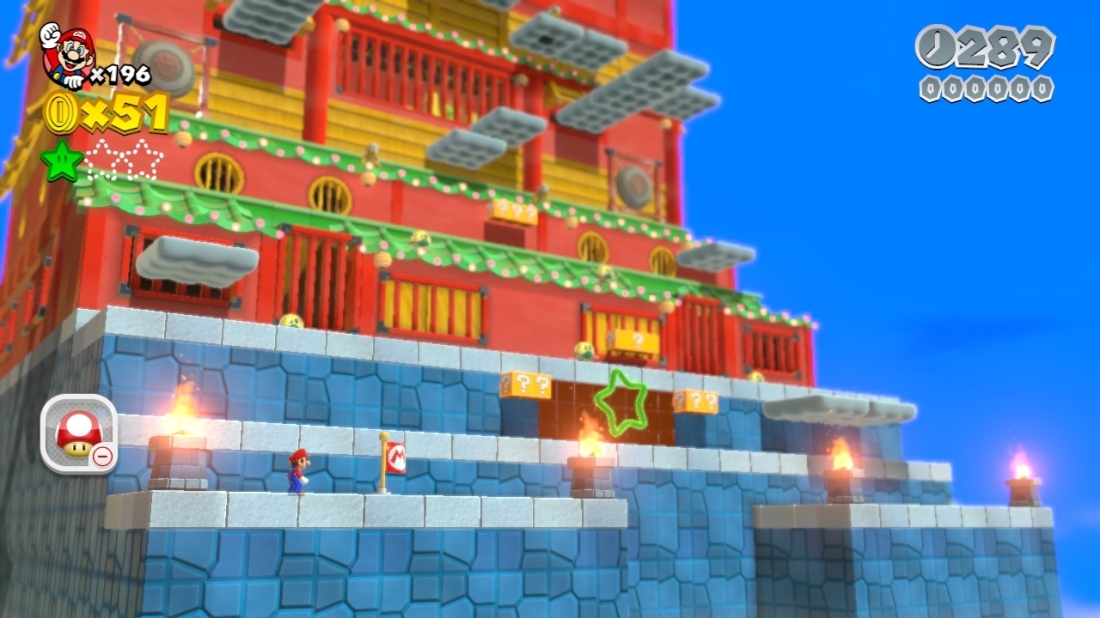 That looks like a great fucking game doesn’t it? Imagine if they released something like THAT? It would take some kind of dedicated custom hardware to pull off something like this. Well I have good news, the console and game both exist; and we should all be VERY GRATEFUL for it. In this embarrassing industry of mobile clones, swag reviews, microtransactions, Dorito dealings, tweet fights, AAA budgets, 30 minute end-credits sequences, comparison articles and armchair experts; Super Mario 3D World is the solution. This is the very core essence of gaming and has miraculously remained untainted for 3 decades. The only tragedy is websites who are too busy talking about somebody else’s business to talk about how wonderful this is.

Why is it that Super Mario 3D World is the problem and not other companies games? Why should Nintendo be like everyone else?

Why is THIS the solution? I don’t see any articles telling EA or Microsoft how to run their business when they are shitting on the very fundamentals of game design. Microsoft has gutted every single game on Xbox One and shoved micro-transactions into the very core of the games structure. What’s the result of that? 9/10 reviews for Forza 5, a game that is fundamentally broken and shat on an entire legacy of games. Why doesn’t the director of Turn 10 need to be fired? Because nobody has fucking heard of him.

A big point I see about Nintendo is they don’t advertise enough, and there’s one thing everybody complaining about this has in common. YOU ALREADY KNOW ABOUT THE GAME that nobody knows about. Nintendo’s marketing isn’t the greatest, and it’s significantly worse than Microsoft and Sonys. It always will be. That’s a shame, but marketing is not our problem and whether Casual Joe plays Pikmin 3 or not is not our concern. We know Pikmin 3 and The Wonderful 101 exist, but we don’t talk about them enough. Instead of bitching about how your friends don’t know about Pikmin 3, invite them over to play co-op.

If gaming journalists did their job, people would know which games are great. Everybody would know about The Wonderful 101 if it got great reviews and won 80 GOTY awards. Which it fully deserved by the way, it’s the most action packed game ever made by a ridiculous margin. Appearing in an “overlooked games” feature in 10 years time is not good enough. If journalists stopped tugging their dicks and enjoyed the fact they play videogames for a living, they wouldn’t be so concerned about what they aren’t playing. Wii U was trending on Twitter for the first time in ages when Nintendo released their bad financial report. Why are we even talking about that? It doesn’t affect our gaming experience in the slightest.

Nintendo has problems, but the trend with Nintendo’s mistakes is simply incompetence. The VC is empty because they are too slow and don’t have enough people working on it. HD development took longer than they expected. They have to localise Square-Enix’s games for them because Square-Enix forgot how to do anything. They don’t know how to make a new F-Zero because the SEGA team from F-Zero GX is dead. They can’t bribe third parties because they give them too much credit to make decisions. Their online system is very conservative because people have their mouths wide open on the sidelines ready to sue them. Mario Kart 8 and Donkey Kong didn’t arrive last holiday season to “Save the Wii U” because Nintendo wanted to finish the games properly, games that will be cherished for decades. They will catch up to all these problems and continue delivering the greatest games ever made. What’s that you say, LTTP is in 50hz on Europe’s Virtual Console? Throw the bastards in jail. Sony has the exact same problem with PS1 games on the PSN Store, at least Nintendo is kind enough to create a social network for you to directly complain about it. Be careful with that or Nintendo will shut it down like SwapNote.

Nintendo’s games are still as strong and fresh as they’ve ever been. People are playing them less because the landscape has changed, with mobile apps rotting people’s brains and a flood of misinformation, bad journalism and viral marketing taking over the media. Nintendo’s even smart enough to know this, the entire reason Nintendo Direct exists is because they don’t trust the media to do their jobs. It’s not just gaming, the entire world is suffering an identity crisis. But you know what?

I have a Wii U and 3DS and I don’t give a shit who doesn’t. It’s not my problem. Pikmin 3 is outstanding and possibly my favourite Nintendo game ever. A Link Between Worlds is a phenomenal new approach to Zelda games and plays like buttered tits. Pokemon, Animal Crossing, Mario all received excellent new games last year; the franchises are at their very peak. Luigi’s Mansion 2 was a huge effort by Next Level Games and towers over the first game. Super Luigi U has some of the best level design in 2D platforming history. Fire Emblem is the strongest it’s ever been, it’s finally successful outside Japan and has a bright future. Nintendo funded and helped develop their first open-world game in Lego City Undercover and it’s amazing. We got Super Metroid for 30 cents. We got the brand new ridiculous IP everyone asked for in The Wonderful 101. EarthBound has finally been re-released, and officially released in PAL countries with thousands of people (including myself) playing it for the first time. If you talked about 2013 a decade ago people would be frothing at the mouth. It’s fucking real and you need to wake up, stop whining and enjoy NINTENDO games for what they are. Just games. Not marketing plans, not business decisions, not threats to your identity. JUST games. That’s all they are. That’s all Nintendo will ever be, a videogame company. Absolute pure, unfiltered joy. Year after year after year. Games. Games. Games. And you know what? That’s enough.

128 thoughts on “Nintendo: A Good Problem To Have”