The internet has been buzzing ever since Nintendo stealth-announced Code Name NX in a tweet on Wednesday.

The announcement of a sequel to Code Name S.T.E.A.M. was a surprise to few, as the game was a huge success with great reviews and an active online community still amassing medals to this day. The real surprise is that this “NX” device Nintendo has been hinting at all this time, is in fact the Code Name S.T.E.A.M. sequel. This means it’s due out in March, and we don’t know what system it’s for, or what it looks like. For those in doubt that NX is S.T.E.A.M. related, I offer you this picture as proof.

The real reason Miyamoto was in the US was not in fact the Apple event, that was mere convenience. He probably made Super Mario Run on the plane. No, the real reason is because he was visiting Abraham Lincoln. Lincoln’s strike team has been assembled once again to eliminate the Alien Menace who plan to invade Earth in late 2017. The Great Shugguth is said to rise again under the guise “Project Scorpio”, and will be more powerful than ever.

Miyamoto’s hand gesture here is very clearly the same pose as when you’re inside a mech operating the controls. From this “slip up” we can tell Miyamoto has been extensively testing the new A.B.E. unit, and made this movement on stage out of habit. Abe Lincoln’s S.T.E.A.M. technology is also speculated to be the source of Miyamoto’s youthful appearance, as he absorbs nutrients through the air.

So what does NX stand for? Nostradamus. He warned us.

What else do we know? We know the release date is March 2017, as Nintendo has talked about “NX” before, but what kind of product will it be? Nintendo has called it a “system” and a “console” in separate PR sheets, yet Code Name S.T.E.A.M. was a cartridge. There’s no way of knowing for sure, but I received an anonymous email from someone under the alias KingQueg145 who claims to have been testing S.T.E.A.M. devices from Europe.

“The system itself will have two different Boiler models to strap on your back. The Rocket Boiler will have a custom chip with more power, while the Casual Boiler will be sufficient for the average citizen. The controller is a fully customisable gun powered by the boiler, and can attach itself to any Boiler model from the side.”

Where does that leave Nintendo’s studios if they aren’t making games? I heard first-hand from an employee at BBQ’s Galore that Retro Studios are crafting buildings that will enable S.T.E.A.M. refills in every major city. Every one is meticulously crafted with only a 40 second load time between refills. The Mario Kart team are also hard at work on a S.T.E.A.M. delivery service with high-speed vehicles that can turn upside-down and attach to alien spacecrafts. Super Mario Run is also being developed to make sure the average smartphone user develops sufficient co-ordination and motor skills to fully operate their new hardware.

Nintendo plans to ship S.T.E.A.M. packs around the world in March, to prepare us all for the Alien invasion expected in late 2017. Projected sales are 7 billion units, and if they don’t reach that projection then Nintendo is doomed. Without a planet, Nintendo’s stocks will reach a record low and it’s predicted they will go third party and make games for Sony platforms. 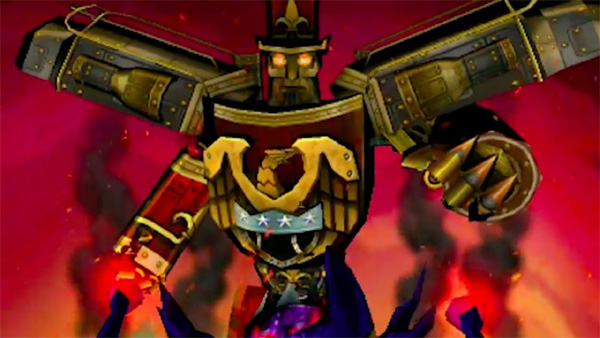 Winners of the Splatoon ESL tournament deemed “highly capable” will be given the A.B.E. mech robots to give humanity the best possible chance of striking down the Alien Menace

We will keep you up to date as more news comes through. Stay safe everyone, the Alien Menace is approaching but NX will be our savior.