Fire Emblem is BACK! This game has only been out for a week but I thought it was interesting enough to write some impressions of my first 15 hours with the game. I will try to avoid story spoilers and just talk most about the gameplay, overall feeling, and what’s different. First I’ll just throw forth a quick story opinion and say that I am enjoying the story more and more as it unfolds. It starts off a bit scattered with an overwhelming amount of people to meet and kingdom lore to adjust to, but the more you play the more everything makes sense. There is a looming sense of mystery that makes every bit of dialogue worth reading and I’m getting more and more hungry for juicy info. 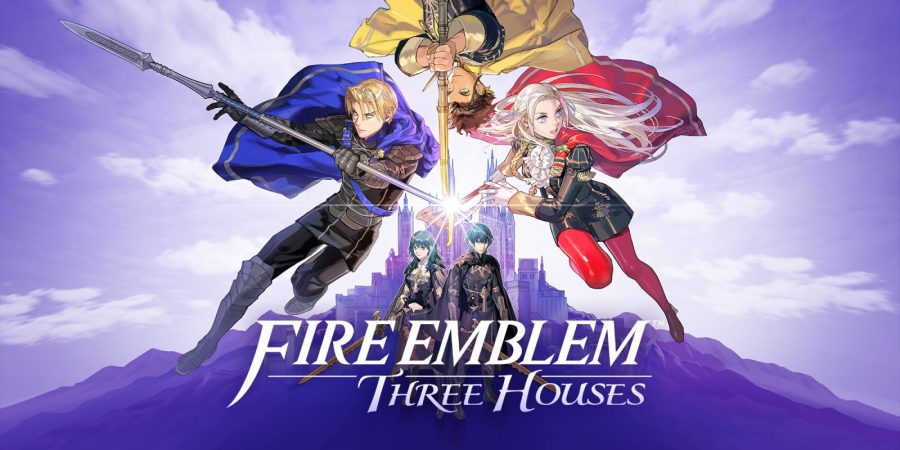 The big choice early in the game is choosing one of the Three Houses to align with. In gameplay terms, this determines your battle lineup and who you will learn the most about. This is a bit like Fates’ choice of Conquest or Birthright, but thankfully Nintendo put everything into one game here. I think that was very important so people wouldn’t feel isolated playing different versions, they learned a bit from Fates. Even though there’s Three Houses, you can see them all in the Monastery together and I think that’s contributing to the positive vibe I’m seeing for this game.

Besides the initial trailers, I went on an info blackout with Three Houses so it felt more fresh and new when I finally played it. As a result though I had no idea which house to choose. When the choice came I was not really sold on either house. The game didn’t really give you enough info to go on, I felt. Just the vague characterisation of the house leaders, and a glimpse of the lineup of students. I went with Edelgard just for some variety because she was the most different to the unit I wanted to make with my avatar.

I’m enjoying life with the Black Eagles, but as I get further into it, I’m left wondering what’s going on in the other Houses too. It’s a good incentive to replay the game later, recruit certain people, or just talk about the game with friends. It’s going to feel completely different when the whole team changes on a new playthrough. I’m wondering how everyone else feels about the house they picked, so feel free to leave a comment at the end of this writeup. It’s a fun game to talk about because it’s going to be different for everyone, even people in the same house are going to be picking different classes or recruiting different people. 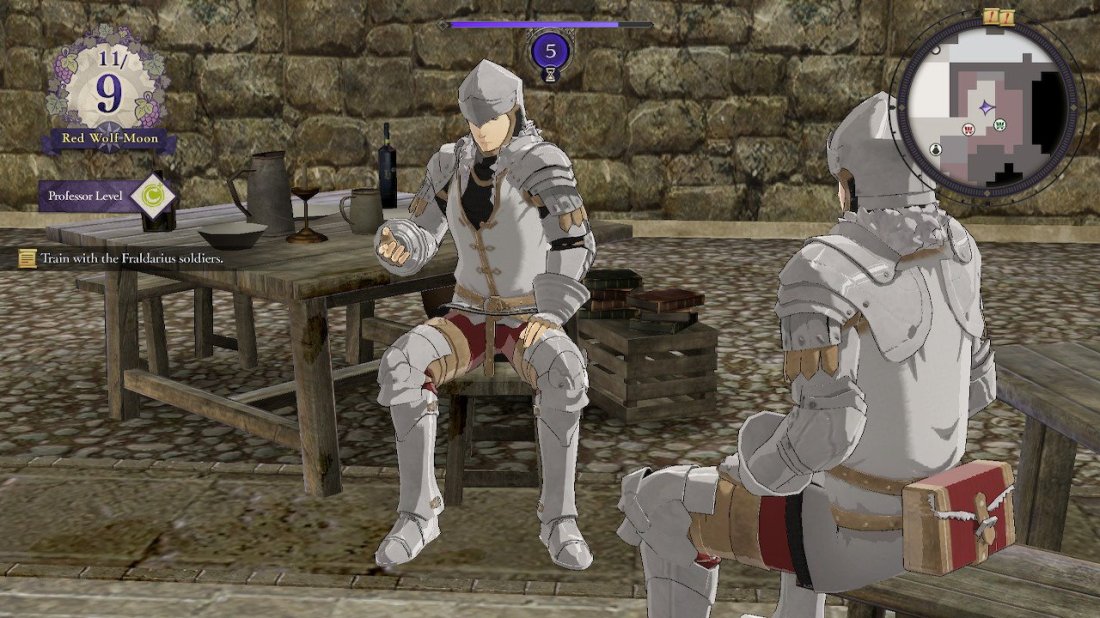 Then I said to the bloke, “You call that a Lance? THIS is a Lance!”

Nothing like a bit of banter to wind down with after a rough battle. The Monastery is a massive new hub area that makes the castle in Fates feel tiny in comparison. It’s full of quests, activities, info and conversations waiting to blossom. However it also adds quite a lot of fluff to a game that already had a ton of it. Sometimes I get really immersed in the Monastery and run around excitedly gathering information… but sometimes I just feel like battling, and running back and forth doing chores is a buzzkill.

You DO get a choice of what activity to do each week, as the game dangles the “option” of exploring the Monastery in front of you… but in reality you need to do it, or else you’ll miss vital quests, upgrades and story info. I must have spent hours there by now. It changes the pacing a lot, but overall I think the positives outweigh the negatives here and I’m glad they did something new. It is a cool place. Seeing everybody of all three houses around the Monastery creates a feeling of community that definitely enhances this game. It’s a feeling that can extend to the battlefield and give things more impact when you feel closer to all your students. Don’t fall asleep out there, Linhardt. 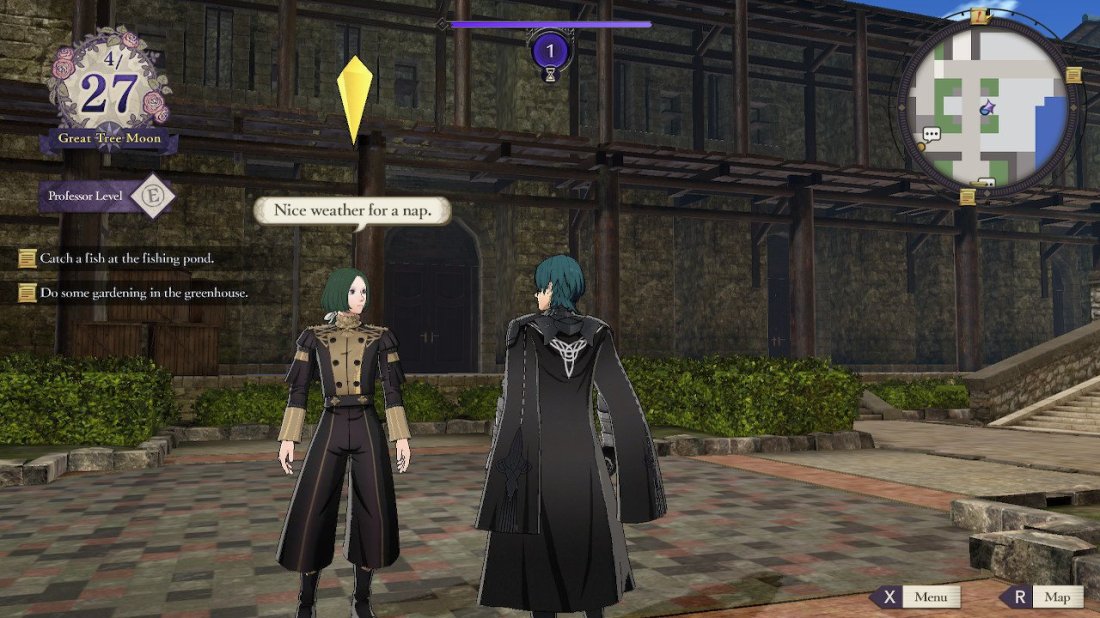 The gameplay is just as good as ever. I’m glad they brought back weapon fragility after Fates, another lesson learned. Sure it was convenient, but now your choices matter a bit more and you can’t just spam the best weapon forever. So far the maps are cool, but this is perhaps the one part I feel is lacking so far. There isn’t much interaction yet compared to Fates and the Dragon Veins and maps feel a bit bland so far from a tactical perspective. Maybe it’s just because I’m still early in the game, I’m sure it will get more interesting.

I recently came across a new enemy type that was absolutely amazing. Without spoiling too much, the way you fight it is very non-traditional. You have to be quite careful with your approach. It’s very powerful and a lot of cheap defensive formations you’ve been using will not work here at all either. I find this refreshing because the old tried-and-true baiting method in Fire Emblem is wearing a bit thin with repetition, for me anyway.

I’m hoping the maps are just simple at the beginning because there’s so many new gameplay features to digest first. Gambits are cool but I haven’t used them much yet, they seem to help with the new enemies a lot though. You basically assign Battalions to people for a new special attack that can’t be countered. There’s a lot more unique abilities for certain classes too. It’s exciting having so many options. One of the best feelings in Fire Emblem is when you are in a rough situation, but dig yourself out with a bit of creativity and flip the battle around on its head. 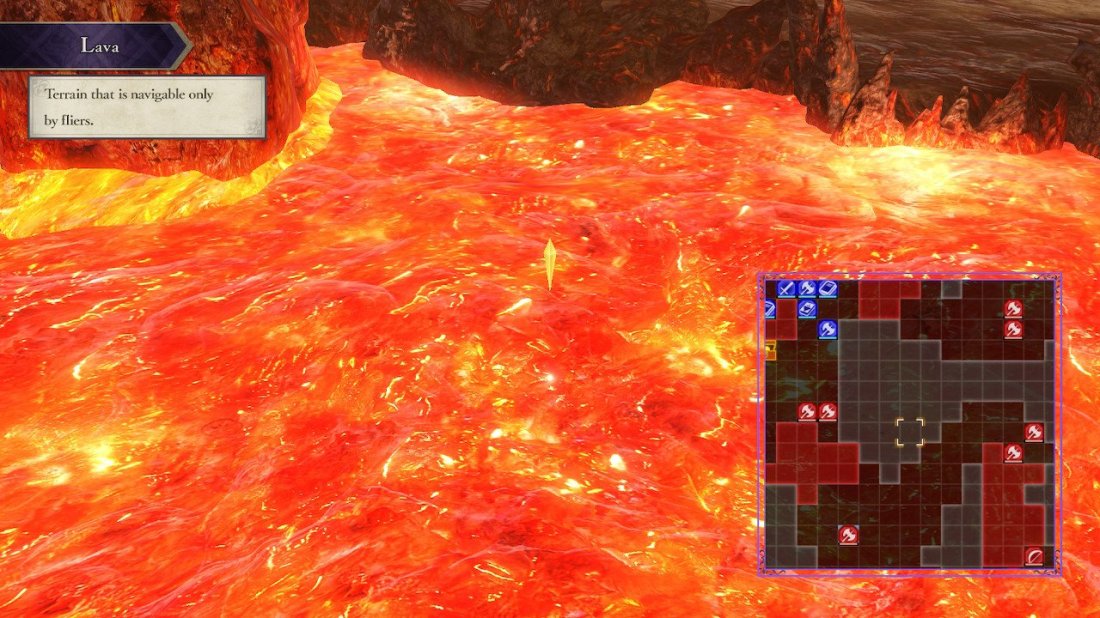 Hot hot hot! You can almost feel the throbbing heat of the lava bubbling, it’s close enough to spit a burning hole right through you. The graphics won’t win any awards for technical marvel but it’s still exciting to see Fire Emblem this close. The extra detail on the battlefield is really cool and it’s fun to just zoom in and look at things. This makes even the most basic of maps still feel exciting at this point. The extra troops around you also enhances the scale and helps it feel more like a grand battlefield. Combine that with a team full of students marching into dangerous territory, and the gameplay has a lot of impact at its very core. They definitely got the fundamentals right with this game so far.

There’s a brand new whimsical feeling to this game when you can just stand there, enjoy the sunset, and have a Pegasus casually fly over you. The new graphical engine doesn’t push any boundaries, but allows for more impactful moments and more perspectives. The contrast of normal school proceedings happening with magic in this spectacular land, makes all this cool stuff seem way more normal than it has any right to be. Just another day in the Monastery. 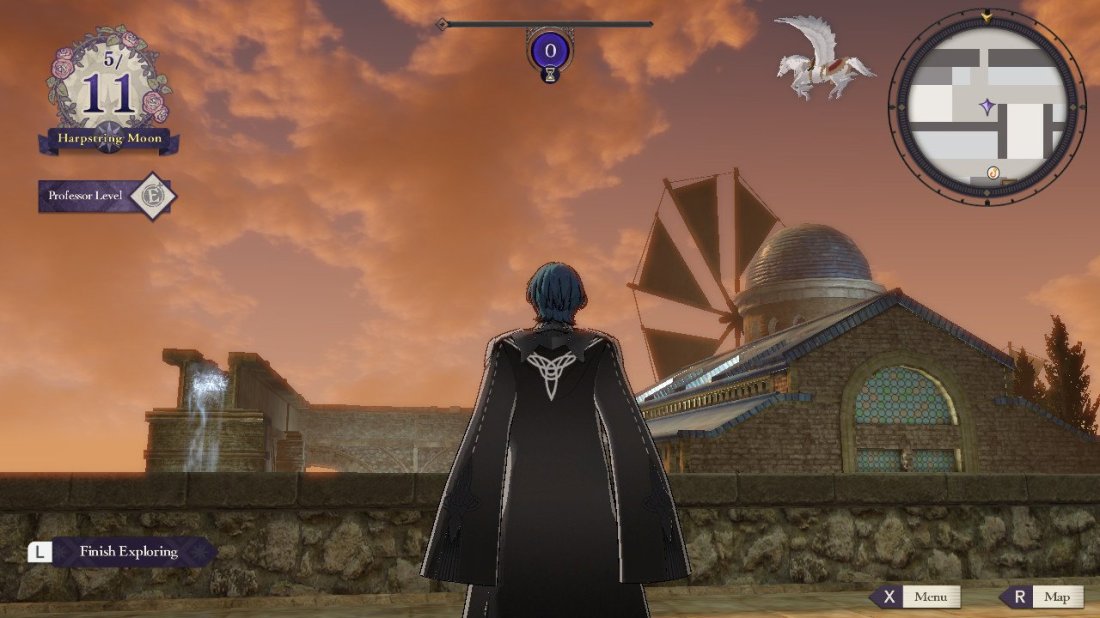 Overall it just feels good to be playing Fire Emblem on a console. I spent hours on Awakening and Fates, glued to the screen with my hands cramping through long chapters, and it’s just so refreshing to be playing this game anywhere I want. I know a lot of people play handheld more on Switch, but just my personal preference for the TV feels really nice with this game. It feels this was designed for the TV with its very small text as well, but it runs very well in handheld besides the text. The Monastery movement actually feels smoother to me in handheld for some reason.

I’m happy that Switch turned out to be a nice system for Fire Emblem, and it bodes well for other relaxing passive games like Animal Crossing, Dragon Quest XI and Pokemon coming soon. There is a LOT more of Three Houses I’m yet to discover as well and I can’t wait to dig into the story further. This game is absolutely massive. Now if you’ll excuse me I have important Professor business to attend to. 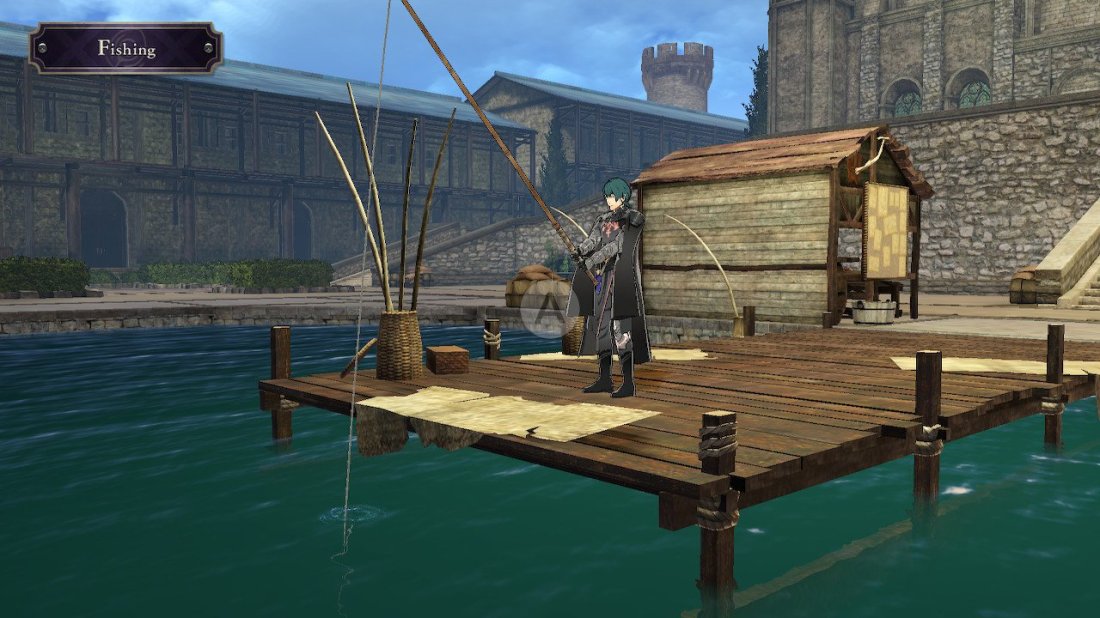