Welcome to the 64th Annual Running of the Dragon Trail Grand Prix! The cars are making their way to the grid now for what is set to be another thrilling race at the island. We are honoured to have so many guests here both local and from overseas.

Dragon Trail is an island off Croatia with a rich mysterious history. The name originates from sightings of a dragon said to be the guardian of the precious land here, who used to fly around the island in a particular pattern. There is no confirmed documentation of the dragon itself and many speculate it was just a bird with a big shadow, but word spread fast and the legend was born. No matter where it came from, every individual dragon report claimed that it made the exact same path around the island. Thus, the Dragon Trail was born. It was originally a walking track made to honour the guardian, but it eventually became it’s own racetrack to pay tribute to the dragon’s alleged speed. 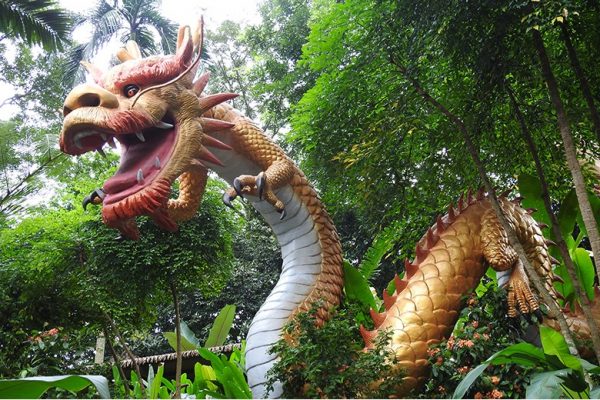 The last actual Dragon sighting was in 1962 shortly after the GT racing series started. A racer by the name of Charge Headlong crashed out of the race from a commanding lead in 1st place. It was looking like a sure victory but suddenly he was out of the race in a nasty collision with the barrier. After regaining consciousness on the way to the hospital he said he saw the dragon at the south hairpin of the track, and lost control of the car in surprise. There was no on-board camera or footage of the particular crash or corner in that particular year to verify. Doctor reports also showed severe dehydration in his system and it’s possible it was a hallucination, but we’ll never truly know. Charge still swears by his sighting to this day.

Dragon Island is also home to animals not seen anywhere else in the world, like the Long-Necked Koala and Electric Lizards. The lizards can be seen glowing on the hills at night after absorbing the sun on hot days. It is speculated that the dragon is still out there protecting these rare species, and nobody has dared capture one to place in a zoo for fear of its wrath. Luckily all you need to do is visit the island and you can see them for yourself. With no airport on the island everyone must make their way to the island on the S.S. Dragon Rage cruise ship. This event is not just for true racing fanatics, everyone is welcome to come for a holiday or weekend to see the wonders of this place. If you’re heading to the GP, in the stands you’ll be able to enjoy some specialty food only found here on Dragon Island as well, including Adriatic Tree-Bark Fries and Eucalyptus-based Pizzas.

We hope you enjoy the race and buckle up, it’s going to be a good one. It was originally forecast to be sunny here for the entire week, but we’ve just got word that there’s a light thunderstorm hitting within the hour. I’m sure it’s nothing to worry about.

*Dragon Trail is a fictional track in Gran Turismo Sport, travel there at your own risk*