GRID is back! But what is this? A remake of the first game? Nope, this is a brand new entry in the series that they didn’t bother to name. Prince of Persia (2008), Sonic the Hedgehog (2006) and Doom (2016) didn’t annoy people enough it seems. You can’t always judge a game by its cover, but the identity crisis runs deep in this one. With less content than previous GRID games, just why should you pick this up? I’m going to solve this problem right now and give you a reason. I am renaming this game to GRID Seasons: Cherry Blossom Burst DX. You’re welcome, Codemasters. 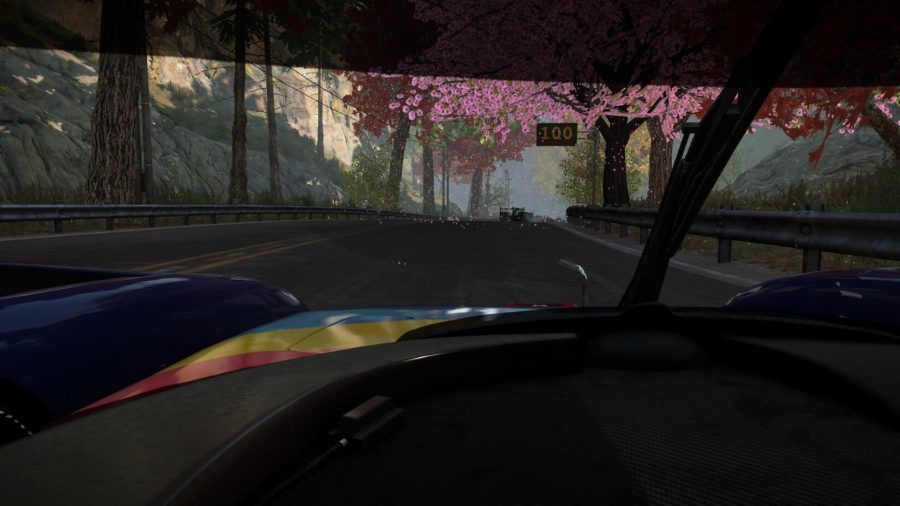 It’s beautiful. Okutama is a real place in Japan but this track is a fictional fantasy layout made just for the GRID series. It appeared in the first GRID game and GRID Autosport, but this game has added new visual flair with new effects and cherry blossom trees blooming around the track. I tried to take a screenshot of the flowers falling onto the car but it doesn’t look nearly as good as it does in the game. The petals sweep across your windshield and bless you with good luck. There are lots of different coloured trees around the side of the track of the long 6km circuit, and it adds a much needed pleasant aura to what usually is a gritty ugly sport.

While this game has less tracks than GRID Autosport (15 vs 28) it still has strengths. Two brand new fictional circuits have been created in the cities of Shanghai, China and Havana, Cuba. They both look like any other street circuit except with Chinese architecture and culture, and Havana has waves splashing against the side of the track. Nothing too amazing but I find them refreshing, and a new layout is always fun to learn.

Another track that excited me is Sydney Motorsport Park (or Eastern Creek as we know it here). This hasn’t been seen in a racing game since the V8 Supercars games had the entire Australian circuit tour. I’ve been to this track in real life so I’m incredibly biased but I love it. The track itself is quite unique with a super fast opening corner you can almost take at full speed. The rest of the track has you throwing your car into long hairpins and windy turns to get the most out of the lap. 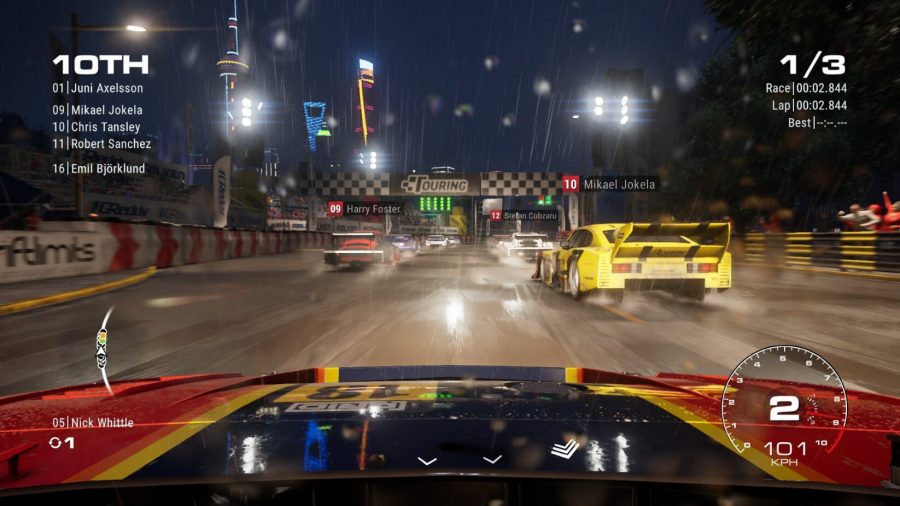 The graphics offer quite a showcase. They’ve added lots of effects since Grid Autosport including rain. It doesn’t change the driving physics much, but it looks nice at least with vibrant lighting that also makes the tracks feel alive at night. Confetti flies around some of the tracks, and when you finish a race fireworks go off above the finish line with explosions on the side of the track. It’s all bells and whistles but it doesn’t hurt. It feels a bit like they were desperate to make this game look better graphically so they just kept adding random effects around the track.

Another strength of this game is the driving physics. It’s a bit more arcadey than Grid Autosport and easier as a result, but the car still feels lively. It moves a lot under braking and the cars feel quite heavy while turning. There are 5 options for Traction Control, ABS and Stability so you can adjust it to your playstyle. Even with its more arcadey and forgiving nature, I find it satisfying because the sense of speed is great and it’s still difficult to extract the most out of the cars with they way they slide around.

One thing they got very wrong however is the collision. This goes for most racing games, but here it’s almost like they didn’t even bother at all. When you hit another car they stick to you like a magnet instead of reacting, it’s very awkward and feels unfair when your car spins around from the slightest touch and they keep going. I’ve seen a couple of AI cars spin on their own but it feels very scripted. There’s also a new “rival” system where an AI car will get mad when you touch and pass them, and suddenly drive better. That’s exactly what happens when people get salty, right? 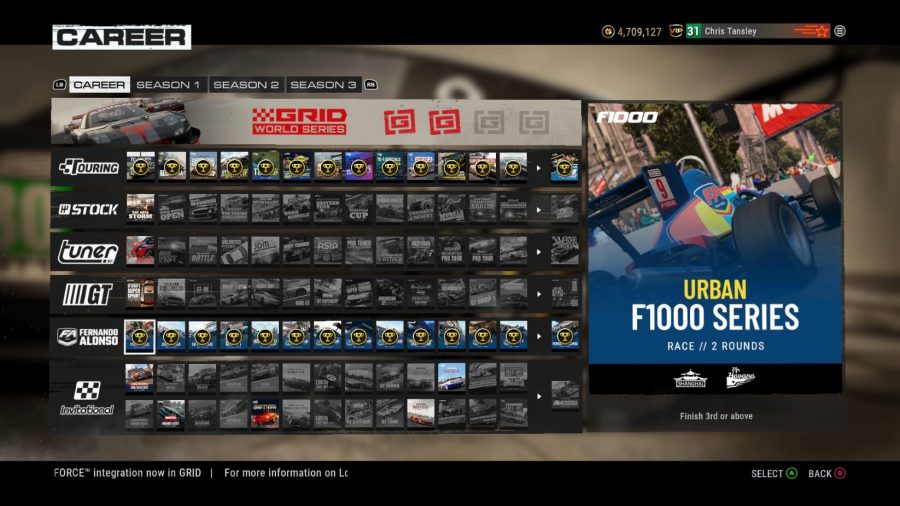 Here’s where things get a little bit messy. I get it, the game has a lot of events. Throwing them all in my face at once is headache inducing. I’m glad the game is accessible but this looks like work, not a videogame. If you want any hope of completing every event, you’ll be doing 3 lap races where you start last and have to push through the awkwardly bad collision to unfairly bully the AI out of the way before the race is over. It’s a formula that has become the norm with racing games, hundreds of small throwaway events that are hard to take seriously.

You can put on custom settings to make the races longer, or just do custom races altogether and pick your fav track and weather condition. Then you’ll have to concede that you’ll never “finish” the game, however, with hundreds of events staying locked in career mode with cars needing to be purchased. This is an artificial problem really, but presentation is important and this game gets low marks for it. 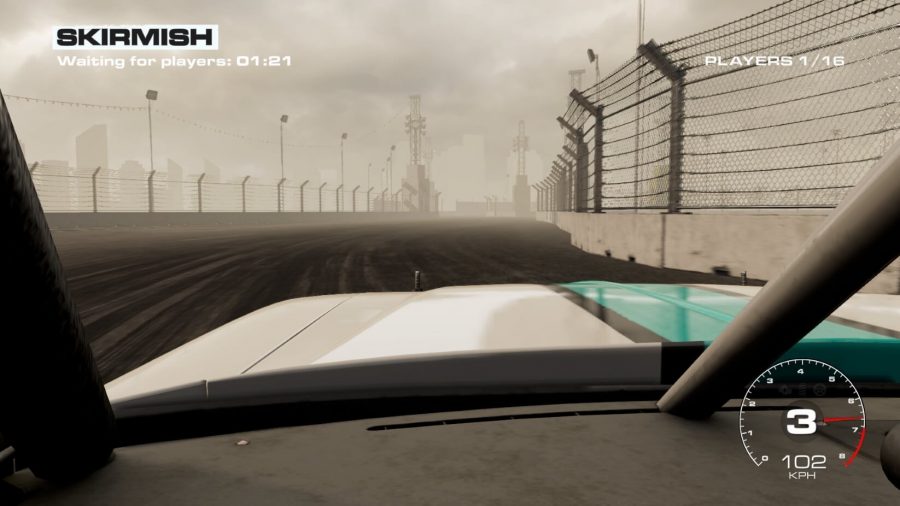 I can’t comment on the online as I never found a game. This game is only a year old and has dropped in price by 80% and there’s still nobody here, an inevitable result of the game’s lack of marketing and direction. Instead you’re left to wander around this depressing pollution ridden city in a figure-eight layout endlessly. This would have been a cool waiting room if you didn’t have to wait forever. Is anybody out there?

GRID Seasons: Cherry Blossom Burst DX is a very good driving game with just enough content to justify the release. The gameplay and physics are very good, graphics are spectacular, but it’s really just another GRID game with less tracks, cars and game modes than the previous entries. With no real purpose, game design or gimmick, it’s difficult to understand why this game was even made. The design document must have read “make a next-gen GRID” and nobody bothered to brainstorm any further (not too late to hire me, Codemasters). A great game for driving fans because all the essentials are there, but unless you really love Sydney Motorsport Park, you’re not missing much by skipping this. I’ll finish this writeup on a brighter note with some more images I took.