By now this news is kind of old but SEGA has purchased Atlus’ troubled owners Index Corp. Atlus’ well-being was a big concern for many people though most people pinned Nintendo as the company who would buy them since a) they made a few high quality 3DS titles and b) they are making Fire Emblem X Shin Megami Tensei for WiiU. So the question is… is this a good thing?

Considering the company in question that now owns it, the answer from me is a flat “no”. 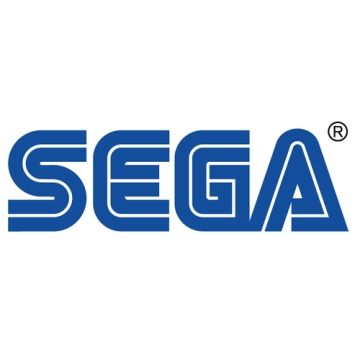 Let’s first start with the most obvious question: how the hell could this company afford it? In case you forgot my Depressing Realities feature from a few odd weeks ago, I mentioned SEGA a couple of times for a very good reason. SEGA is by far the first and most notable victim of the PS3/360 generation, as hardly any of their titles on these systems matched the success they had on Wii (and before you throw MadWorld in my face, it sold the same amount as most of the other non-Nintendo Platinum titles). In order to not die out completely, they went through a severe restructuring that forced them to cancel many titles. Except Aliens: Colonel Marines, and we all know how that turned out.

Which leads to my next point, SEGA can be really fucking incompetent as a publisher. Again, let’s look at the recently released disaster that was the Aliens: CM game… Gearbox not only managed to take money away from SEGA to make other games, but they weren’t even making the game to begin with. It was originally announced in 2007/08, and for five years SEGA didn’t make a peep and thought everything was nice in dandy. This was one of the very few retail games SEGA released after they went through severe restructuring. Also notice how little releases were made for Nintendo systems and most of their output was HD ‘remasters’ of their old games?

So how the hell did Sonic Lost World happen? Hmm, it’s a WiiU exclusive (alongside the 3DS version), and was announced alongside the newest Mario and Sonic At [Insert Oylimpic Event Here]. SEGA being unable to afford anything (except for making Vita titles… seriously), who could’ve made this happen? Nintendo. Just like Bayonetta 2, Nintendo is obviously making this happen. Not Sony, not Microsoft, NIN-TEN-DO.

It took SEGA ten years to realize which system userbase Sonic was popular on even if the games were shitty. I also thought Sonic and the Black Knight was good.

“But Matto, you are worrying too much!” you tell me. I have good reasons to worry! Its SEGA, half of their history is filled to the brim of costly money making errors! And they bought Atlus, makers of incredible cult classics who are seeing great success on NINTENDO systems like the 3DS. I don’t care if Mario and Sonic make SEGA money, because damn it SEGA is terrible with money.