Minecraft has been announced for Wii U! Finally! Weeeeeee! Woohoo!! GET EXCITED. Finally this game comes to a console that makes sense. With a second screen and giant touch interface on the Wii U GamePad, Minecraft will finally be playable on consoles in an intuitive way. 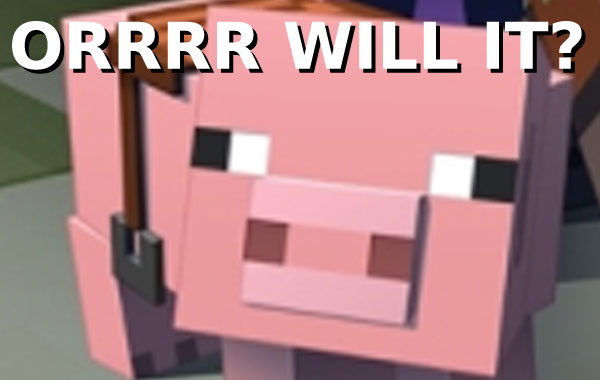 Nope. Minecraft Wii U Edition will not support the Wii U GamePad for navigation. That’s right, they had one fucking job. JUST ONE. The only GamePad feature will be off-TV play, with no second screen usage whatsoever. This minor detail escaped the PR release and we had to find out about it in a fucking tweet, like they are ashamed of it. This also explains why Nintendo have been hiding the game. Instead of putting it in the Nintendo Direct or showing it at The Game Awards, suddenly it’s out on the eShop next week. I thought it was strange that they wouldn’t hype this up for the holidays, because we have a potential system seller here. But now it all makes sense, they fucked up the simplest thing and this is going to cause a lot of confusion.

@devatrox Not at the moment, sorry. It's just used as an alternate screen if someone is using the TV. Would be cool though. 🙂

Yes mate, it would be cool to use the Wii U controller on the Wii U game system. This question is clearly not a surprise. Millions of people have been making Mario levels on this thing. You’ve walked into the party late, covered in sweat, with steak dripping from your back pocket. We’ve already eaten. You can come back later properly dressed, but the steak is moldy and we know what you did.

Shoddy ports are not uncommon in this industry, but for a game THIS big there’s just no fucking excuse. They have the resources to do it, and they are responsible for their massive hit game being seen in a positive light. It’s the only thing the company has going for them. Normally I wouldn’t be so fired up, because it’s best to just ignore shoddy bullshit and bring attention to the positive things like Cubemen 2, a strategic grid-based Indie game that uses the GamePad heavily for playing and creating levels. However, there’s going to be frustrated kids all over the Miiverse wondering why the GamePad doesn’t work in Minecraft. I can already picture it and it boils my blood. The community is going to be a giant clusterfuck.

Right, it’s still a functional game. Let’s give Mojang a slow fucking clap for making the Wii U version of this game exist. Congratulations, the deal has been made. The box has been ticked. However on Wii U, people have been playing Mario Maker. Even if you’ve just bought a Wii U, you’re going to know it has a touch screen with simple menu navigation to set the console up and input your Mii name. The GamePad is the REASON the Wii U version of Minecraft would have been interesting.

I get that there are a few positives for Minecraft simply existing on Wii U. Parents will now hear “yes” when they ask if Wii U has Minecraft. It’ll lead to a few more system sales because of this, but I feel this will be outweighed by the disappointment of the game not functioning how it should. It’s going to ruin Christmas for thousands of children. All they wanted was Wii U GamePad controls. 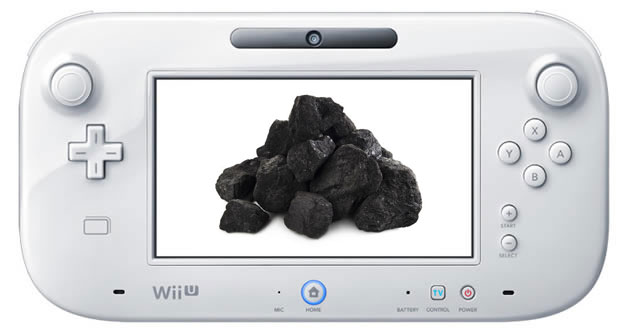 Not -only- are the controls fucked, but this rubbish excuse for a game is about to infest the eShop with DLC packs. Sixteen different paid DLC packs will be available to buy at launch, including Mass Effect and Skyrim packs for Nintendo fans who could not give the slightest fuck about these franchises. So in addition to ignoring the Wii U’s strengths, they found a way to advertise other consoles. Thanks for the support, Microsoft. Nintendo content is “planned” but I fail to see how a Zelda or Yoshi texture is going to take months to develop, or why I should pay for it. The game feels like another third party test to see how many people they can rip off. That might be the reason it’s eShop-only, so nobody can return it.

The only good that could possibly come from this is if people log into the eShop, see FAST Racing Neo and buy that instead. Just keep it on the front page for an extra week, Nintendo. There’s an exciting Christmas for the whole family. Or maybe kids will compare it to Mario Maker and forget Minecraft exists, improving the overall landscape of gaming. This one-hit wonder has had its time, and there’s no talent left to maintain it. Every company Microsoft purchases goes to shit. Nintendo should not have approved this game for release, because “support” like this is not worth it. It makes Minecraft look bad and makes the Wii U look bad. Fuck Minecraft, fuck Microsoft, and fuck Mojang. Merry Christmas.

11 thoughts on “Minecraft: Fuck U Edition”