It’s been six years now and I still remember the day he passed away. I was living by myself in a lonely rural town and stumbled on the news in a tweet when I got home. We’d heard that Iwata was sick but the severity of it was not clear until now. It was a massive shock. It felt like I’d lost a family member, except unlike my real parents, Iwata was actually a good person. He had something that I had rarely seen in adults and certainly not leaders. That missing thing was empathy. Empathy for his peers, empathy for his employees, empathy for gamers, and empathy for people who didn’t game. Empathy is one of the most important parts of being human, our species simply wouldn’t survive without it. Yet, it is barely taught or understood.

END_OF_DOCUMENT_TOKEN_TO_BE_REPLACED

The latest sales have been released from Japan and PS5 and Xbox Series X continue to duke it out for the top console, while Nintendo Switch remains the top selling handheld.

While overall numbers might not look great for these new consoles, they are building steady momentum. Both systems only dropped 300% week on week, rather than the 600% drop from the previous week. This steady flatline growth should have the Nintendo Switch worried, as it sees a relatively mild increase of 46%. Ignoring all comparisons, 2000 people is also quite a big number for Xbox Series X. You couldn’t fit that many people in a room.

END_OF_DOCUMENT_TOKEN_TO_BE_REPLACED

If you’ve played any shooter on a Nintendo system in the last decade, it probably had gyro or pointer motion controls. Metroid Prime Trilogy, Splatoon, Zelda, and now Fortnite, Zombie Army Trilogy, Doom, Duke Nukem, Borderlands, and many other third party games are adopting it after the huge success of Splatoon 2, and general ease of use.

Even Sony have adopted this for 2 generations now, though you’d be forgiven for not noticing it. Much like their handheld legacy (just kidding), these features weren’t really used that much nor embraced. But the fact is, the Dual Shock has motion control and it’s used in a lot of big games like Gran Turismo Sport to steer. It’s not used nearly enough and it’s technically very primitive, but the option is there.

END_OF_DOCUMENT_TOKEN_TO_BE_REPLACED

This game was recommended to me by Isabelle while we were chatting in the Town Hall. She said she spent the weekend “ripping and tearing” and when I noticed that my town’s weeds were still there, I asked her what she meant. “Doom Eternal, it’s pretty hype”. Oh okay, thanks for the recommendation Isabelle. I can’t believe I hadn’t played it yet, she said it was one of the biggest games of the year so far. I got my hands on an Xbox copy and I was excited to finally start the game up. However, that excitement quickly turned to confusion.

END_OF_DOCUMENT_TOKEN_TO_BE_REPLACED

With our lives suddenly controlled by social distancing and quarantine, my boyfriend and I are spending dramatically more time together. I thought this might be a wholesome bonding experience, however he’s dedicating almost his entire time to some game called Animal Crossing. I don’t know if you’ve heard about it? I hadn’t, but it’s popped up in my socials a bit and apparently it’s a bit of a big deal. So anyway, I thought I’d sit down and watch a bit, and after just 5 min I am 100% convinced this game is intricately connected, if not entirely responsible, for the covid19 pandemic. Let me explain:

END_OF_DOCUMENT_TOKEN_TO_BE_REPLACED

If you don’t play Splatoon 2 regularly you’d be forgiven for not even knowing this exists. The Nintendo Switch Online app was launched almost two years ago now and currently supports two games, with fairly comprehensive stats on Splatoon 2 and some Smash replay features that nobody uses. A large number of active online games remain completely absent, and there really hasn’t been much attempt by Nintendo to get people to use this. The biggest current draw is the ability to voice chat for people who don’t have Discord.

END_OF_DOCUMENT_TOKEN_TO_BE_REPLACED 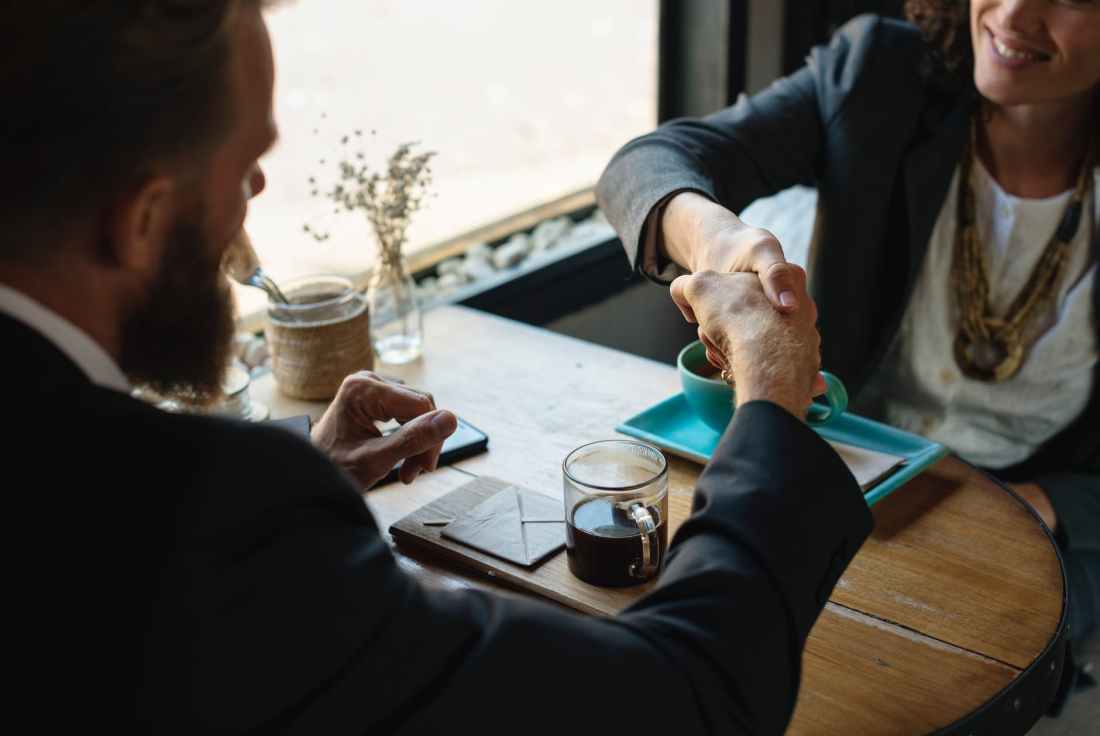 Pietriots is a fast-paced startup looking to manipulate the narrative of gaming discourse. Do you want to work with a dynamic team of passionate industry unprofessionals who liaise with stakeholders of media conglomerates in the leading buzzword economy? You’ll be excited to learn that we’re expanding and welcome applicants for the following vacancies. Please note that working for Pietriots provides no benefits, compensation or prospect of future employment. You will however get exposure and valuable experience!

END_OF_DOCUMENT_TOKEN_TO_BE_REPLACED 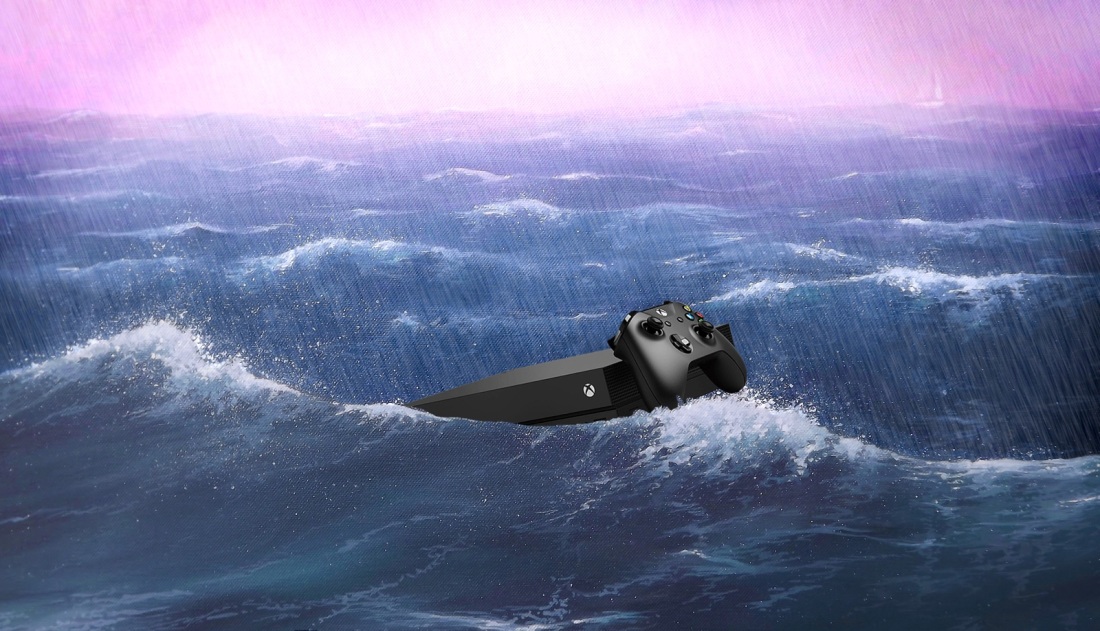 Xbox One has the smallest presence in the gaming industry that the brand has ever had. It’s plain to see that while SS Microsoft sprouts wings and sails towards the clouds, Xbox is a raft floating hopelessly adrift in a choppy sea of home consoles. Microsoft are an astonishingly successful company who have been more than happy to abandon unsuccessful side ventures. Yet despite Xbox costing the company billions and forcing them to obscure the financial performance of the division every annual report, they remain committed to the brand. With the battle for the living room over and lost, it’s time for Microsoft to let go of consoles and reposition itself in the gaming industry. END_OF_DOCUMENT_TOKEN_TO_BE_REPLACED

To most major Third Parties anyway, except for Bethesda, we/I think you are cool especially considering you put gyro aiming in Doom Switch, which I appreciate. Anyway, why state the painfully obvious besides trying not to make this site not look dead? It’s because it’s extremely aggravating to watch, least of all Capcom deciding that Resident Evil 7 can come to Switch, except with a catch.

A very, very big catch. It needs to be cloud streamed all the damn time. One must ask what is even the point; it’s like Capcom is trying their hardest not to make their Switch games a success from not including Ultra Street Fighter V in the the Switch version of Street Fighter Anniversary Collection, undershipping and sitting on Monster Hunter Double Cross (sorry, I am not calling it by it’s localized name because I prefer that one better) for a year and releasing it when Switch Online shows up in September. END_OF_DOCUMENT_TOKEN_TO_BE_REPLACED

I like talking about video games, but I also like talking about hilarious and/or stupid bullshit that you sometimes don’t think is important, but actually is. Today, I am putting on my gaming historian glasses to talk in-depth about an aspect of video games we sometimes think is always a good thing, and it is! Most of the time. Great sale figures!

Pretend you are a game developer and a game publisher. Yes, both. We’re not counting self-publishing such as indie titles, because most of my examples I will present in this piece are major video game releases. Say you are a game developer who spent two-plus years working ungodly man hours and your publisher gave you millions upon millions of dollars to make a video game. You can either succeed massively, mildly or just fail. Such is the way of this gaming industry. But hey, if you made a great game and it sells very well? Good for you! You not only received tons of praise, you could probably make any game you want for the same budget, sequel or original game! END_OF_DOCUMENT_TOKEN_TO_BE_REPLACED

END_OF_DOCUMENT_TOKEN_TO_BE_REPLACED

The release of Super Mario Run on iPhone has sent shockwaves through the mobile gaming community. Lattes have been spilled all over the world and sideways caps have been adjusted forward, as hipsters are faced with the social dilemma of paying money for a videogame.

END_OF_DOCUMENT_TOKEN_TO_BE_REPLACED

While it has only been several days since Nintendo officially unveiled the NX as the Switch, and likewise revealed a list of development partners, as seen below…

END_OF_DOCUMENT_TOKEN_TO_BE_REPLACED

It’s been a pretty good year. Not a great one, but pretty good. We’ve seen some heavy hitters on 3DS with Fire Emblem Fates and Kirby Planet Robobot, and intense console action with Star Fox Zero and some memorable Splatfests. Dragon Quest 7, Federation Force and Color Splash are brand new games that just released with tons of content. Pokemon Sun & Moon is right around the corner, and set to be the biggest Pokemon adventure yet. Despite a handful of 3DS games though, next year looks a bit empty. It’s even worse on the Wii U front, with nothing Nintendo-related besides Zelda. Yooka-Laylee is gonna be great too, but there’s an ominous dark void after March. Nintendo has been tight-lipped about NX on a level without precedent. Fans are getting frustrated, confused, and feeling a bit left out.

END_OF_DOCUMENT_TOKEN_TO_BE_REPLACED

I have spent the last week trapped in an emotional prison and I can’t take it anymore. I am absolutely fuming with anger after playing through Metroid Prime: Federation Force. It is a well-crafted game, and this is a big problem. Next Level Games have poured tons of resources into what is fundamentally an INSULT to Metroid fans. They’ve wasted 20 hours of my life, and KILLED the Metroid franchise by gutting the structure, butchering the art style, and offending my entitlements as a traditional gamer who has supported Nintendo since the NES.