Last year Nintendo surprised us with their very own humble bundle but region locked the games to North America. As an affluent Australian I bought it anyway, directing the money to charity, just to support the concept. This year though, no doubt inspired by me, they ensured the bundle was open to Nintendo customers in Europe, South America and Oceania so I was excited to actually be able to play it. I’ve got some quick impressions of most of the games to share and there’s even a download code for one game to give away if you’re too stingy to buy the bundle.

Affordable Space Adventures is essentially a 2D puzzle/platformer where you must navigate your spacecraft through the catacombs of a mysterious alien planet. The emphasis is learning to control the craft with the complicated and often disabled spaceship controls. The game makes full use of the Wii U controller and functions can be delegated to other players. My partner played this alongside me for 2 hours and she didn’t even give up in frustration despite the game’s difficulty, so that’s a good sign. That said, it’s been a year since I played it and haven’t really gone back, even though I understand I’m halfway through.

Affordable Space Adventures was the only game in the bundle that I already owned. So if you ask me politely on social media I’ll send one lucky reader* a download code.

Positioned as the premium game, available only for people who pay over $13, Street Fighter IV is a worthy incentive. You probably already knew what Street Fighter is and how it works but I want to emphasise that this is a great port. It looks great, the frame rate is solid, the controls work, it uses 3DS features like StreetPass and Wifi to simulate random challengers. Importantly it features all the characters and game modes of the console version. This point is especially important in light of the recent, rushed release of the undernourished Street Fighter V. Why would anyone buy that game right now?

Citizens of Earth gets compared to Earthbound, presumably because of the battle screen layout and contemporary setting. I’m admittedly not familiar enough with Earthbound to pull anymore comparisons though. This game has high production values and tonnes of personality with the huge cast of social and political caricatures having all their dialogue voice acted. The gameplay seems a little easy and shallow for an RPG, but I’m basing this off one hour of playtime, like a politician coming up with policy after glancing at the executive summary of a report.

This game is Sonic the Hedgehog with longer levels a punch button. That’s all you need to know. Personally, I don’t like Sonic. 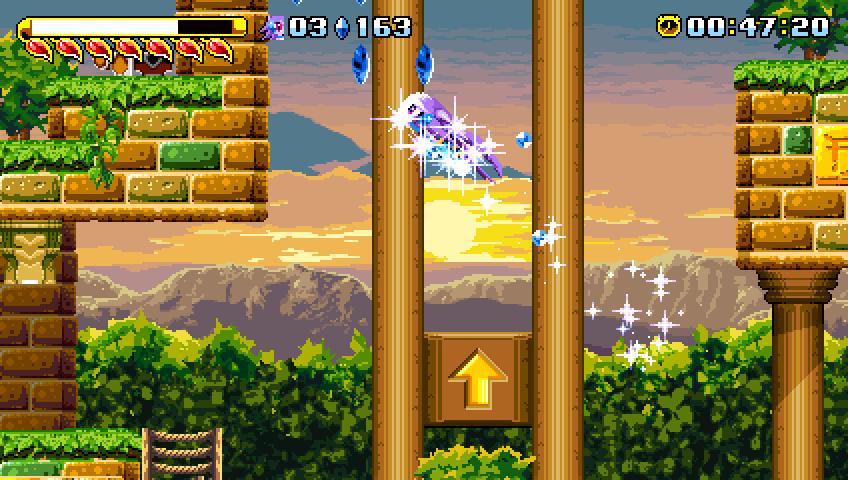 This is straight up a clone of Grand Theft Auto and absolutely littered with pop culture references. There is no time for subtly here, it’s just non stop forced jokes and ridiculousness. A Teenage Mutant Ninja Turtles spoof will follow a Metal Gear Solid reference in the middle of a Back to the Future inspired mission. Elsewhere it might seem crass but somehow Retro City Rampage pulls it off by embracing its predictable stupidity. Is this post-irony? I mean, the game has a minigame where you play an 8-bit version of Retro City Rampage, which itself is an homage to the 8-bit era. It’s very meta. 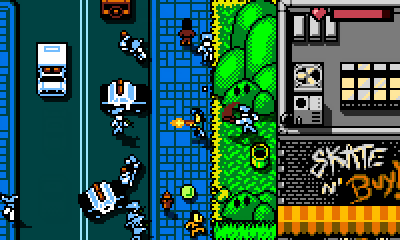 The game plays smoothly, the controls work and it is stupidly fun.

Shantae and the Pirate’s Curse

Where Retro City Rampage is over the top with its humour, Shantae and the Pirate’s Curse is much more subtle and cheeky. It feels like a good Saturday morning cartoon, one with silliness for the kids and some double entendres for the supervising adults to enjoy. Shantae is an open ended platformer of the Metroidvania variety with the focus more on puzzles and keeping a mind on multiple quests than exploration.The difficulty is interesting because while the platforming and fighting enemies can be quite hard, you’re inundated with inventory items to restore your health with. This can be a sort of ‘choose your own difficulty’ because you can opt to not use items, but taking the time to heal can break the flow of gameplay somewhat. Overall though, I really enjoy the pacing of this game with cruisey, less intense sections mixed in among the faster action sequences. Add in the incredible charm of this game and it’s probably my favourite of the bundle. I’ve put the most time into it. 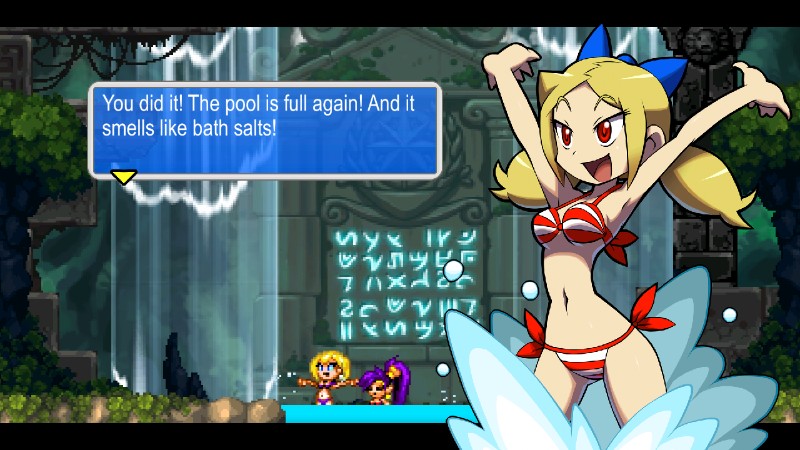 It’s also nice that we live in a time where the console version looks and plays identically to the handheld version. I mean, I suppose the artwork is lower resolution on the 3DS but the game itself seems to play at main game’s native resolution. You could even argue it’s the superior version.

Rhythm Thief and the Emperor’s Treasure

Rhythm Thief is the shittest game in the bundle. Imagine a really crap dancing/rhythm game crossed with a really crap hidden object game wrapped in a nauseating ‘Gay Paree’ setting. You play as some guy whose name I’ve already forgotten who is a dancer but also a jewel thief with a so-obvious-that’s-the-joke disguise. He wanders from his apartment to various tourist spots in Paris having meaningless conversations with locals and vocalising endless exposition to what he’s doing. The only thing I like about the game is his dog named Fondue who is pretty cute and barks in protest of the main guy’s endless stream of bullshit. What I most noticed about this game though was that the production values are really high, like, really really high. Voice acting, quality artwork, music, videos. Surely the market for rhythm games can’t be that big to justify such a spend.

Darksiders II is also in the bundle but I haven’t had the chance to play that yet. Couldn’t be worse than Rhythm Thief. More games were added to the bundle during the writing of this article so do check it out. I also enjoy customising where my money goes, making sure none ends up at Sega or Capcom.

*Code only works in Australia and New Zealand. Find me on Facebook or Twitter or Miiverse of whatevs to enter.

Update: For a day or so this article was completely blank. I think I deleted it in a delirious fit from the fever I’ve been running.

3 thoughts on “Friends of Nintendo Bundle”