You might remember forma.8 as one of the Wii U demos in the Nindie promotion from 2015. It was one of the games that impressed me most at the time, and has stayed in my mind ever since. Every time the demo icon showed up on the eShop scrolling puzzle, I wondered when it would come out. The full game was finally released this month, and I have to give the team props for not cancelling the Wii U version like other devs have been doing. I’m glad I finally got to play it before Switch comes out. Before getting deep into this review however, I have to get one thing off my chest.

forma.8 is NOT a Metroidvania.

This is a stylish 2D adventure game inspired by the likes of Metroid and Castlevania.- DefunctGames

IT IS NOT! STOP THIS MADNESS!

You control a dot with eyes that can fly, has no character, no complex movement, doesn’t level up, and the game doesn’t even have music. The single common thing is exploration. If that’s all you need to define it, then Skyrim and GTAV are Metroidvania games. This theme isn’t even consistent in Castlevania OR Metroid games which both have action entries. I am sick of these lazy labels being slapped on anything remotely applicable. Special mention to Cubed3 who went all in, using the word Metroidvania FIVE times in their four paragraph review.

Want a mind-blowing revelation for your safe writeups? The majority of gamers have not played a Metroid or Castlevania game. You are talking to nobody. It’s 2017 and both series have been dead for a long time. At their very peak, they sold to 1% of gamers. Start using your brains when describing a game please.

This game is not like Dark Souls either, for that one guy about to ask. While I’m ranting, I challenge anybody to find a single Nioh review that does not have the words Dark Souls in it. Look around and let your minds be blown. This is becoming an epidemic and I want to raise awareness and offer this plea: Let something be new and embrace your job that requires you to describe new things.

Now let’s forget all of that and dive into this beautiful game. 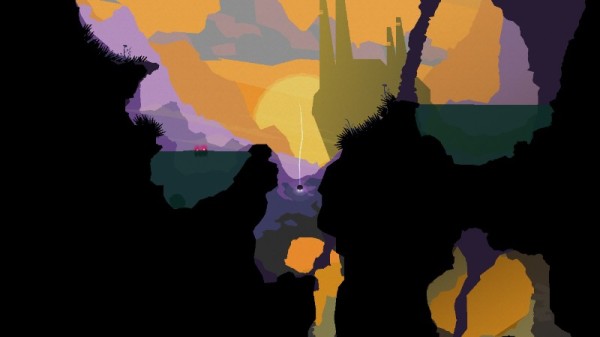 forma.8 just starts with no text or instructions. You are left to explore this world on your own and it creates quite a mysterious feeling that persists through the entire game. I had so many questions as I started moving around. What’s my mission? Where am I? Why are there two suns? Is that even what they are? Is it hot here? You discover items without knowing what they do. You find creatures that aren’t clearly defined as enemies or friends until you interact with them.

You control a little exploration probe that handles more like a vehicle than a character, with momentum based movement that will leave you soaring if you let go of the analog stick. There’s no acceleration button, but it still applies the same properties to the analog stick by letting your probe carry speed that affects your turning radius. 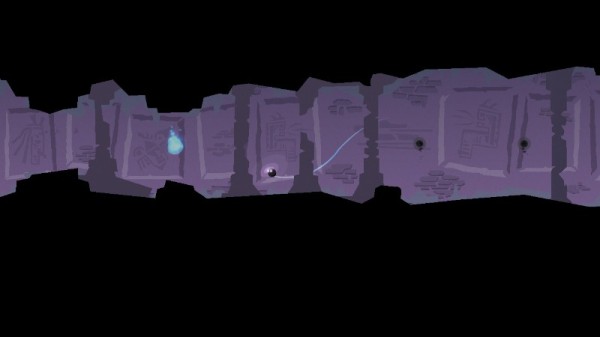 The eyes on your little probe roll around to represent where you’re headed. This subtle touch adds a lot of immersion and makes it look cool when you change direction, as your little dude looks wantingly in that direction before fully decelerating and turning around. The world itself has some nice animated touches too, as you brush plants and plunge into water you’ll see the graphical effect and also feel their resistance affect your speed. The movement itself carries a feeling of curiosity and that is a huge accomplishment for a videogame.

While the game is fun and interesting to explore, its downfall comes when it decides to be an action game. The slow “immersive” controls aren’t conductive to action at all. You have abilities to deal with enemies, including a circular wave and a bomb you can either drop or shoot away. The problem is there’s also quite a long cooldown between the weapons you can use. If there’s more than one enemy in a tight space you can either masterfully group them at the same distance, or attack one and get hit by the other as your weapon recharges. Very rarely did combat go smoothly for me. It’s not a hard game, just annoying in almost every room with enemies. With the momentum based movement, it’s easy to find yourself bouncing into walls with no hope of landing an accurate shot.

The controls get even worse when you are meant to push objects around. This puzzle was a nightmare. I figured it out but it took me about 30 minutes to actually get the right rocks where I wanted them. You can lightly tap them, boost into them, shoot a bomb at them, but they always go too short or too far. This was the hardest part of the entire game for me.

After this, the game decides that you have mastered its physics engine and has another big section that involves manipulating an object through a huge maze. It’s clumsy and it takes forever. It’s unfortunate but your lack of movement options mean that a lot of the puzzles involve pushing objects. It sucks how so many rooms are built around the least fun part of the game. I wish there were more abilities. There honestly isn’t much more to the movement than what’s in the demo, and the abilities get progressively less interesting with a boost attack and the same teleport dash I’ve seen in a couple of other Indie games recently. It opens up progression in a rather cheap way that doesn’t provide the stimulation you normally get from a new ability. It would have been cooler to interact with the world more, rather than avoid it.

While I was not a fan of the action or puzzles, I was still having a decent time because the exploration and progression are fundamentally good. It feels amazing when you get to a big new area and the camera zooms out, keeping a stable 60fps in the process. In the pic below you can swim infinitely out to the left and it feels pretty cool to see yourself become a tiny dot in the vast ocean. Then you swim back home all alone, full of regret and wasteful thoughts. Just another Saturday night. 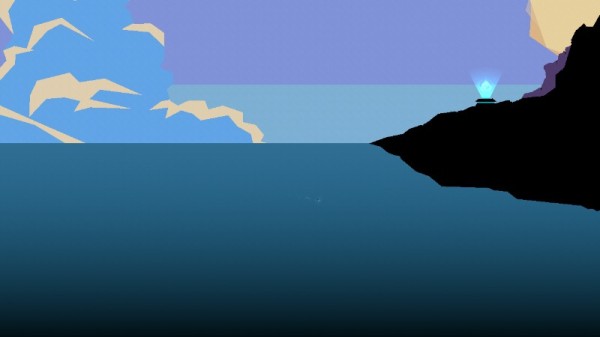 Wii U might be one of the weakest platforms this game released on (compared to PS4, XB1, PC), but there weren’t any graphical compromises that I noticed. I didn’t see the framerate go below 60fps even in the huge panning outdoor moments, which is incredible for a Unity game. On that same token, the GamePad is used for nothing more than off-screen play, reproducing exactly the same image. It’s a bit of a shame when the game has a map. There’s no real strength of the Wii U version unless you want the company of the Miiverse.

forma.8 wasn’t really the masterpiece I hoped for after playing the perfect demo, but it’s still a good game that offers a unique world to explore. If you do your best you will get something out of it. I found a lot of puzzles and combat frustrating, but there are still some good ideas implemented, some of the best ones being in boss fights. The vast majority of the game is designed around exploration, and it strikes a great balance between being mysterious and welcoming.

The sense of mystery even extends beyond the game, with a digital manual that is written in an alien language and simply has a picture of the analog stick. I thought that was hilarious and I love it when devs do cool things with manuals. I never got stuck for more than a few minutes, despite having no clue what I was doing. It’s well-designed in the sense that it prods you along and gives you ideas, without giving you directions. 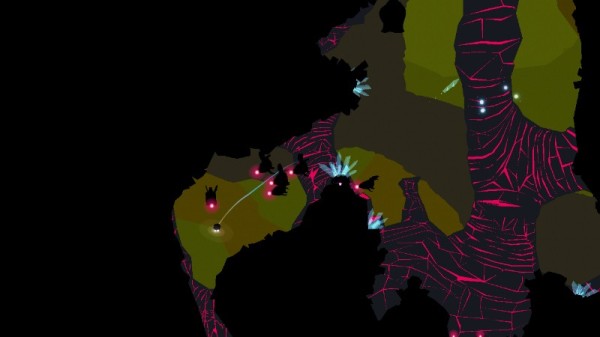 If you’re the kind of gamer who enjoys going their own way with no instructions, this game creates that feeling successfully. Just be prepared for a bit of a struggle when the haters get jealous of your progress. That’s right, forma.8 is a life simulator.