Here’s a video of an optional mini-game in 3D Dot Game Heroes; beating it under 60 seconds is required if you want to get the Platinum medal for the game.


The video isn’t important, but take a gander at the comments underneath it! Quite a lot of people are upset.

“This entire mini-game is just broken and not necessary, it sucks that this is mandatory for the platinum.” – Moron who needs to look at the words “necessary” and “mandatory” more closely

“i dont know what the hell is wrong with game developers putting shit like this in a game like this… the game is fun, these minigames SUCK!!!

i probably wont ever beat these courses, and if i cant do that, im not playing the game any further, i refuse to miss anything in this game.

i’d rather leave it incomplete than miss just one item.” – Idiot, depriving himself of things he wants to do. Slave to the book , completely absent of self-control. 11 people gave this comment a thumbs-up!

“I honestly cannot beat this. I was going for platinum, and I have everything but this completed, even from and spelunker mode. I got gamer grub for christmas which has loads of vitamins and shit to keep you awake (it actually works and tastes great) and I pulled them out for THIS occasion and I still could not get to 65. I got to 66.32 though, and holy hell am I mad” – Raging lunatic, destroying his body and mind… to make himself feel better?

WHAT A BUNCH OF LOSERS! THIS IS WHAT TROPHIES ARE DOING! You’ve even got some people here resorting to CHEATS to get this trophy; by endlessly pausing and resuming to improve their “timing”. WOW BUDDY, YOU JUST LEVELED UP YOUR GAMERSCORE BY BEING SO COOL. 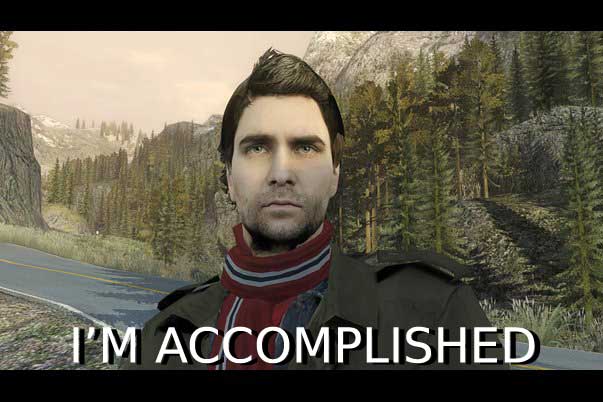 From Software (publisher of 3D Dot Game Heroes) even caved and lowered the score you need to get from 60 seconds to 65 seconds in a patch (another reason I refuse to update this game; the update is weak and unnecessary; I achieved a time under 60 seconds and had a LOT of fun doing it). The Monaca circuit GP is really not THAT hard – it took me about half an hour to lower my time to something I was happy with. It’s challenging but it would be a pretty pathetic race if it wasn’t, right? This is an ode to the Monaco GP in the real world, the toughest track in Formula 1. You’ve got to get in the zone; I thought it was stupid at first but ended up completely immersed. The extreme difficulty makes it satisfying when you get a good run, and this same dash is used throughout the ENTIRE game as you traverse the harsh, varied landscapes. It improves your adventure if you can tame this mini-game. A real skill, not a statistic.

This is the best evidence I’ve seen yet that achievements are BAD for all involved. Bad for “gamers”, if that’s what you can call these brain-dead sheep. Bad for developers, who feel the need to patch their game because of these idiots complaining they can’t get a platinum. Bad for the entire world because it encourages passive behavior and stifles innovation.

“Who cares Grubdog? If you don’t like achievements then just ignore them! You must suck at games LOLOL!”

For most of us it’s a non-issue, we can ignore them and play whatever we want, however we want. I have Xbox 360 Achievements switched off and forgot they were even there, but I don’t see a way to disable Trophy popups on PS3 (is there one? do I get a trophy for disabling them?). However, this post illustrates that clearly a lot of people are affected by it, and it’s changing peoples’ behavior. It’s slowly oozing itself into the social culture of a game. I’ve seen it on forums and in social media, but this example struck me as I’ve been enjoying 3D Dot Game Heroes immensely. It hurts me to see so many people bitter towards this great game because of an imaginary goalpost.

Achievements or imagination, take your pick.

4 thoughts on “Achievements / Trophies are not harmless”