It’s been six years now and I still remember the day he passed away. I was living by myself in a lonely rural town and stumbled on the news in a tweet when I got home. We’d heard that Iwata was sick but the severity of it was not clear until now. It was a massive shock. It felt like I’d lost a family member, except unlike my real parents, Iwata was actually a good person. He had something that I had rarely seen in adults and certainly not leaders. That missing thing was empathy. Empathy for his peers, empathy for his employees, empathy for gamers, and empathy for people who didn’t game. Empathy is one of the most important parts of being human, our species simply wouldn’t survive without it. Yet, it is barely taught or understood.

END_OF_DOCUMENT_TOKEN_TO_BE_REPLACED

The latest sales have been released from Japan and PS5 and Xbox Series X continue to duke it out for the top console, while Nintendo Switch remains the top selling handheld.

While overall numbers might not look great for these new consoles, they are building steady momentum. Both systems only dropped 300% week on week, rather than the 600% drop from the previous week. This steady flatline growth should have the Nintendo Switch worried, as it sees a relatively mild increase of 46%. Ignoring all comparisons, 2000 people is also quite a big number for Xbox Series X. You couldn’t fit that many people in a room.

END_OF_DOCUMENT_TOKEN_TO_BE_REPLACED

It could happen to anyone. CharizardKing69 was so furious about Nintendo’s treatment of the Smash community he opened his wallet in support of a new, grassroots protest event. This event was organised by fans after Nintendo cancelled the livestream of their own official Splatoon 2 tournament. Teams had changed their names to advertise something illegal, which prompted the business to act like a business and protect its own interests.

“I really wanted to stick it to Nintendo by giving money to people playing their game“, CharizardKing69 said defiantly. The prize pool was growing fast, and ended up passing $25,000 to be distributed among the top 4 teams. This was the exact moment CharizardKing69 donated, and the prize pool was capped. It was then announced all other proceeds after that would go to charity. “NOOOO!! THIS MONEY WAS MEANT TO GO TO OPPRESSED GAMERS!”. END_OF_DOCUMENT_TOKEN_TO_BE_REPLACED

Update: Nintendo Direct cancelled due to US Government shutdown.

Our inside source at Nintendo said that with the release dates for Yoshi’s Crafted World and Kirby’s Extra Epic Yarn being announced via press release today, the Nintendo Direct initially planned for the 11th of January has been shelved indefinitely.

Nintendo had previously delayed their direct presentations after natural disasters ravaged Japan. According to our insider, the most recently delay was due to fears the US President might institute autocratic rule, distracting customers from Nintendo’s message. Since the White House address was a bit of a fizzer, the direct may still go live next week.

END_OF_DOCUMENT_TOKEN_TO_BE_REPLACED

There’s a correct way to play Smash Bros; 4 players, timed match, 2:30, items on, stage hazards on, random stage select. Any other way is wrong. This setup not only creates the most volatile and chaotic matches, but also the ones most likely to see the best players thrive. As anyone who has made it past the third grade of school knows, life is unfair. So why should your video game be any different? Smash Brothers teaches you how to cope with unfairness, how to handle chaos and how to seize opportunities to get ahead in life. Playing stock matches, without items creates not only a saccharine gaming experience, but also a generation of gutless imbeciles. Disagree? Well keep reading to find out why you’re wrong.

END_OF_DOCUMENT_TOKEN_TO_BE_REPLACED

I know most of you have said this:

Well, first, whatever. I’m sorry your precious on-system voice chat isn’t there (and quite frankly those features were things I never liked in the first place, thanks experience on 360 Live!), or the fact you are now bitching about Cloud Saving despite that being a thing you wanted. I bought Switch Online membership for the year, and so too did Deguello. Why? END_OF_DOCUMENT_TOKEN_TO_BE_REPLACED

A fellow user by the name of Travis Touchdown on VG Facts recently brought to my attention and others this fan comic.

Besides the not-so-obvious fact this is a Metroid comic strip, that is Samus with a punchline that makes absolutely no sense, but the comment she makes Samus say at the end is actually hilarious, in a “god you are a dumb ass.”

The two images (which the artist redrew in their own style) of Zelda from Breath Of The Wild are somehow evidence Zelda is somehow another crying princess that has to be rescued. I don’t know how many of our readers have played through Breath Of The Wild yet, so major spoiler warnings after this paragraph, because I have to break down why this webcomic author is a fucking moron. END_OF_DOCUMENT_TOKEN_TO_BE_REPLACED

END_OF_DOCUMENT_TOKEN_TO_BE_REPLACED

G’day! I’m here with my pal Yangus at The Weary Wanderer, just ‘avin a brew and a laugh. We shared stories of the past and had a great time reminiscing. He’s got a real captivating way of telling a story with that strong accent of his. Really knows how to pound down the bevvies too, we were off our faces and had to stay the night. Luckily they had beds for us, we handed 4 gold coins to the nice man and fumbled our way upstairs.

END_OF_DOCUMENT_TOKEN_TO_BE_REPLACED

ATTACK! ATTACK! ATTACK! … Review?! That’s right baddies, we’re gonna sit down and talk about this game. My job class as a Freelancer has granted me the ability to have a chat about the merits and worth of videogames. It has only got me killed a couple of times, so I’m doing well.

END_OF_DOCUMENT_TOKEN_TO_BE_REPLACED

It’s been a pretty good year. Not a great one, but pretty good. We’ve seen some heavy hitters on 3DS with Fire Emblem Fates and Kirby Planet Robobot, and intense console action with Star Fox Zero and some memorable Splatfests. Dragon Quest 7, Federation Force and Color Splash are brand new games that just released with tons of content. Pokemon Sun & Moon is right around the corner, and set to be the biggest Pokemon adventure yet. Despite a handful of 3DS games though, next year looks a bit empty. It’s even worse on the Wii U front, with nothing Nintendo-related besides Zelda. Yooka-Laylee is gonna be great too, but there’s an ominous dark void after March. Nintendo has been tight-lipped about NX on a level without precedent. Fans are getting frustrated, confused, and feeling a bit left out.

END_OF_DOCUMENT_TOKEN_TO_BE_REPLACED

Spoiler warning for Paralogue 7 in Fire Emblem Fates, for Birthright and Revelation. Nothing story related, just characters and gameplay. Maybe a little story related, no promises. Probably will not affect your experience in any way but I just don’t want anyone to get upset. Battle COMMENCE!

END_OF_DOCUMENT_TOKEN_TO_BE_REPLACED

This game has taken over my life the past few months and absolutely dominated my 3DS playtime. After 160 hours I’m finally ready to write about how good it is. It’s gone above and beyond my expectations. The story is ambitious, the level design is brilliant, the characters are interesting, the soundtrack is rich, and the gameplay has evolved in all the right ways. 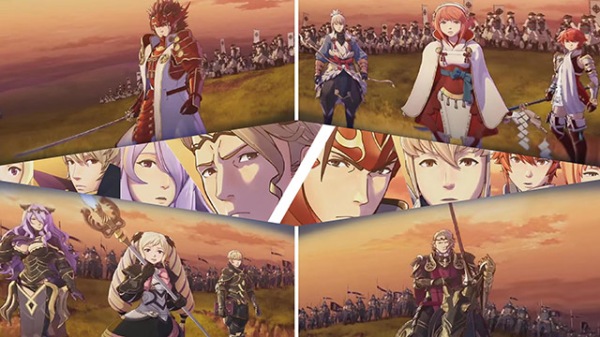 END_OF_DOCUMENT_TOKEN_TO_BE_REPLACED

Recently EA have spoken in secret about the Nintendo NX and their lack of plans to develop for it. They outlined a bunch of things that Nintendo is required to do in order to be blessed with EA’s fantastic library of quality games. To sum it up, they want Nintendo to “provide a market for sports games” by throwing millions of dollars on sports advertising. They just want a userbase that will buy sports games. Sound fair?