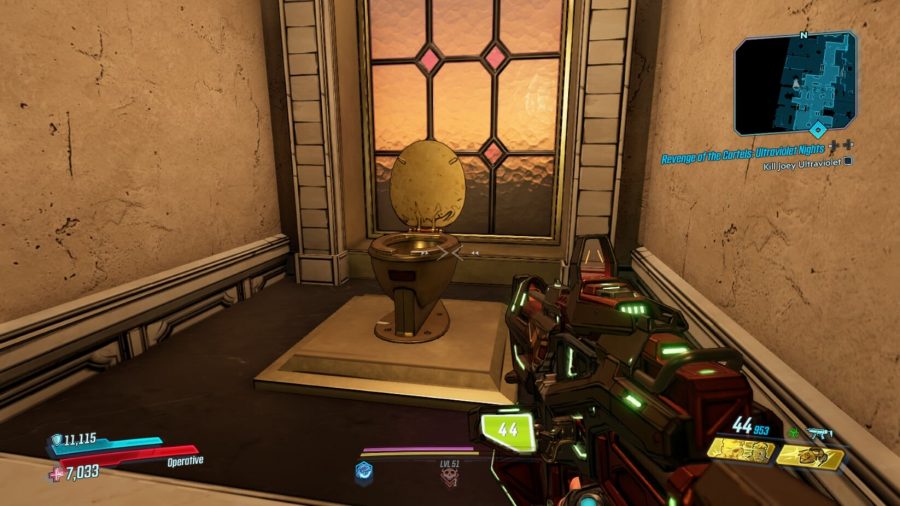 Revenge of the Cartels is a free event for Borderlands 3 that runs from April 23 to June 4. It’s a rather short romp but offers impressive production values, with a new area, new enemies and new music. It takes place in a villa-style mansion suspended above a giant waterfall and surrounded by an immense natural landscape where dinosaurs wouldn’t look out of place. 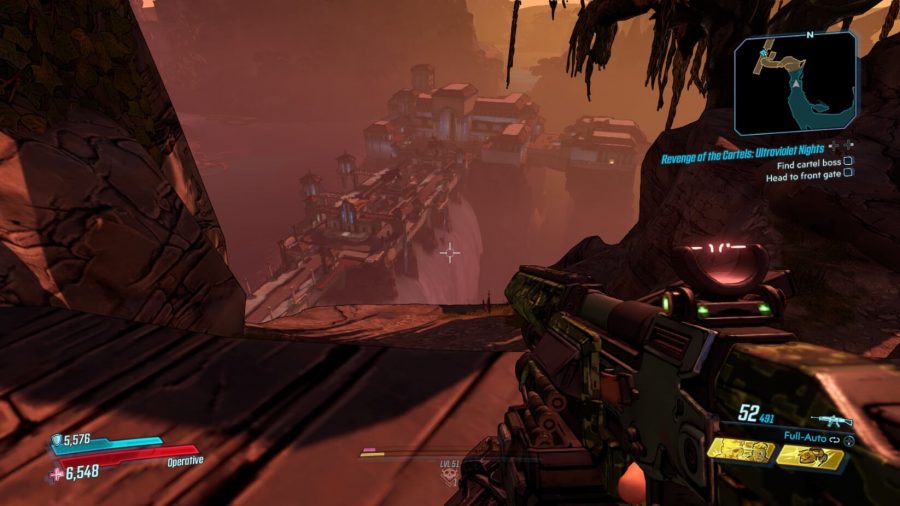 The game calls it a Villa, but it looks more like a gangsta knockoff version of Ancient Rome. It’s the kind of mansion that appears in action movies, and sometimes shows up as the most expensive listing on airbnb. Nobody actually lives or sleeps there. This place is full of the exact type of scum you’d expect to be hiding out in a place like this, cryptominers. Shallow human beings who think they are above everyone else, and here they are literally at the top of a huge waterfall. Look at that water crash down faster than the value of bitcoin.

To be fair, self-indulgent scumbag describes every character in Borderlands. This series really is the videogame version of Idiocracy, except humanity has expanded its knowledge on guns and violence and forgotten everything else.

After the horrific Halloween event that spawned exploding skulls all over the single player game, I was wary of touching these “limited events” again. The Halloween event got old after a day, but lasted for almost two months. Nobody was still thinking about Halloween in December except Gearbox. There was no option to turn it off outside disconnecting your console from the internet, which is an obtuse concept these days. Remember when we struggled to get online with dial-up? Now getting offline is the hard part.

Thankfully, Revenge of the Cartels adds the option of disabling the enemy spam for single player in the main menu. That means you can safely enjoy this as its own mini-campaign, without seeing cryptominers invading every other area of the game world. I’m not sure what triggered this change of heart, did they listen to fan feedback? Or do they believe cryptominers are more scary and annoying than exploding skulls and demons? 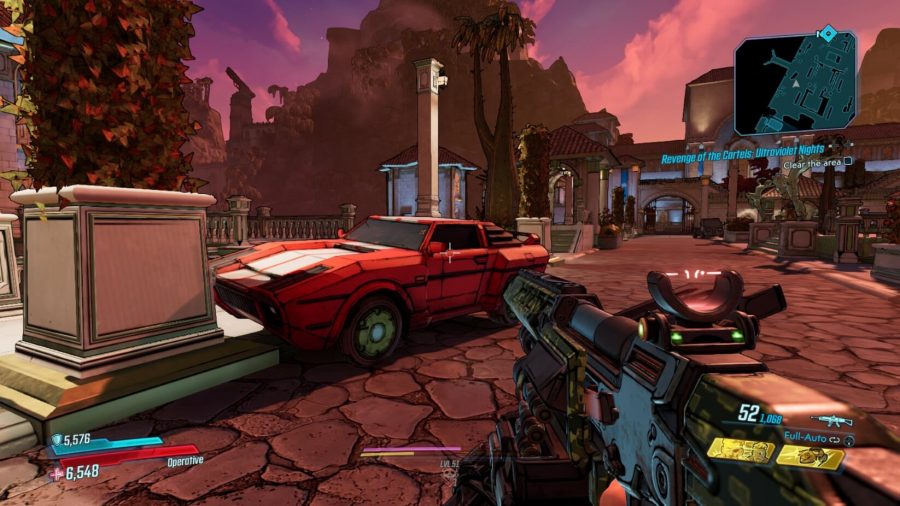 To their credit, this is the first time in Borderlands history I’ve seen a car that isn’t a colourless piece of junk. Maybe this really is set in the 1980s and I’ve gone back 700 years? You do arrive here in a portal after all.

Inside the mansion is every bit as pretentious as you’d expect, with gigantic chairs that reach the roof and statues that exist for no reason other than to fill space. It looks nice though, with a colour palette that suits the game’s graphical strengths. It’s clean, crisp and refreshing to see an area actually take advantage of the cartoony look of Borderlands with defined colours, instead of another wasteland that puts outlines around dirt. The mix of nature and homely structures gives off a surprisingly welcoming vibe for a Cartel. It’s not a place I’d like to live in real life but I could spend a weekend there.

Now for the coolest part of this DLC, the music. It is absolutely magical. Listen to THIS absolute banger, is there a better song in all of Borderlands?

The soundtrack effortlessly switches between 80s synthrock guitar solo hype and electronic ambience to provide a feeling of curiosity and mystery before you start head banging. They actually made 12 songs for this single area. It’s like suddenly somebody got some creative freedom with this content, and took full advantage of it. I love being surprised like this. There’s really no other campaign in all three Borderlands games that sounds like this. Don’t get me wrong there’s some nice tunes scattered throughout the rest of the game, but they are usually very melancholy and feel more like background noise with less emphasis on the melody. This soundtrack takes things a whole new level and makes it a joy to play. It kinda feels like there’s a party at the mansion, and you’re here to crash it.

This event is short but sweet, I spent about an hour getting to the end boss then another hour dying there because the fight is quite difficult. You have to face dozens of enemies in a small square room with barely any cover, it really becomes a spam fest of everything you’ve got. It was probably designed for co-op play but I got through it in solo after some close Fight For Your Life revives. It was nice to get back into the game and discover not only this awesome content, but the level cap has increased to 57 so my character has some more growth available. The quality of the design of this event inspired me to check out the actual paid DLC next. Look forward to a review of Moxxi’s Heist of The Handsome Jackpot soon, in fact I’m writing this from the casino right now. Getting in was easy… I just hope I can get out.