Revenge of the Cartels is a free event for Borderlands 3 that runs from April 23 to June 4. It’s a rather short romp but offers impressive production values, with a new area, new enemies and new music. It takes place in a villa-style mansion suspended above a giant waterfall and surrounded by an immense natural landscape where dinosaurs wouldn’t look out of place. END_OF_DOCUMENT_TOKEN_TO_BE_REPLACED 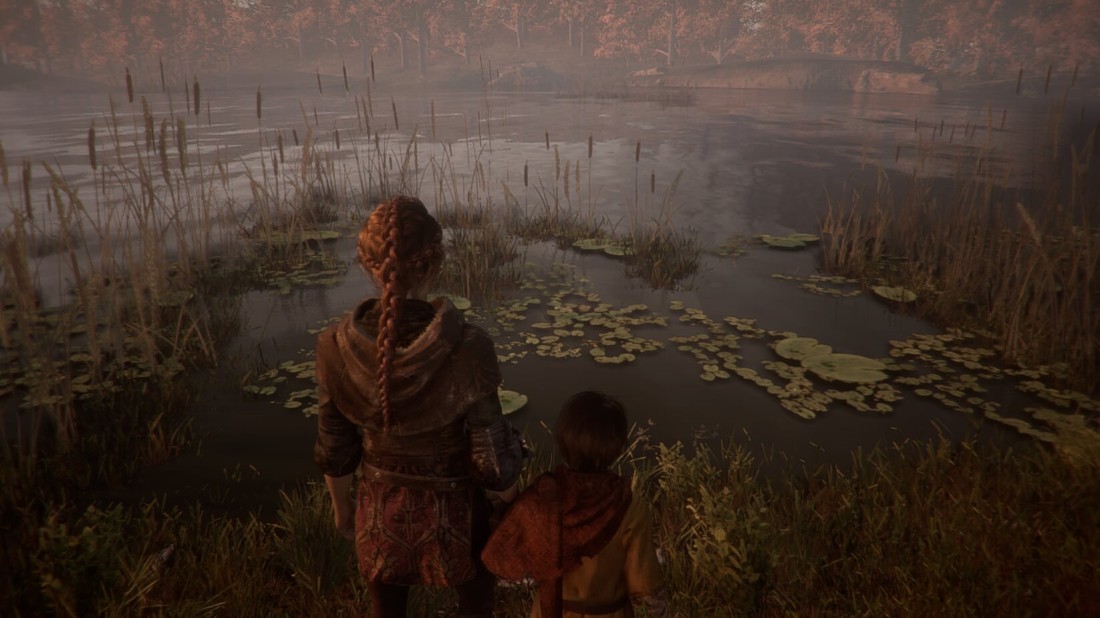 The year is 1343 AD, in a small village in medieval-era France. You’re having a nice day when a messenger runs into town screaming. There’s been an outbreak!

The Black Death! It’s coming! The plague is coming!

What do you do? Do you believe it? Do you assume the worst, or shrug it off? This could be a lie to force people out of town. It could be true. It could have taken weeks for this news to get here. Some people hid in their homes. Some people traveled to find more information. Some took to alchemy. Some descended into madness and violence. A Plague Tale: Innocence tells this story from the very vulnerable perspective of young children. They are separated from their parents, and forced to face a mass outbreak of disease on their own, dealing with all the best and worst aspects of human behavior on the way.

END_OF_DOCUMENT_TOKEN_TO_BE_REPLACED

The year is A.D. 21XX and humanity is…. ah screw it, you’ve heard it all before. This is yet another videogame where billions of humans have died and you are our last hope. There’s just something about ultimate apocalyptic destruction that makes for a good action game. Or survival game. Or story-heavy RPG. Or driving game. First-person shooting. Golf. Heck, is everything better without humans? No, that question is too deep for this game’s colour palette. Humanity is on the brink of extinction and it’s time…

END_OF_DOCUMENT_TOKEN_TO_BE_REPLACED

Sometimes all you need is a good story. Whether you’re reading one or writing one, the power of an event unfolding in your mind can not be underestimated. An entire world can come to life right in front of you. Things that are far away can feel like they are right there, if only just for a moment. You can’t have them but you can feel them. Through stories, people’s actions can exist long after they’ve been performed. History can be preserved. A single moment can become its own feeling to go back to. Sometimes you need a bit more though. Sometimes you need a good videogame. 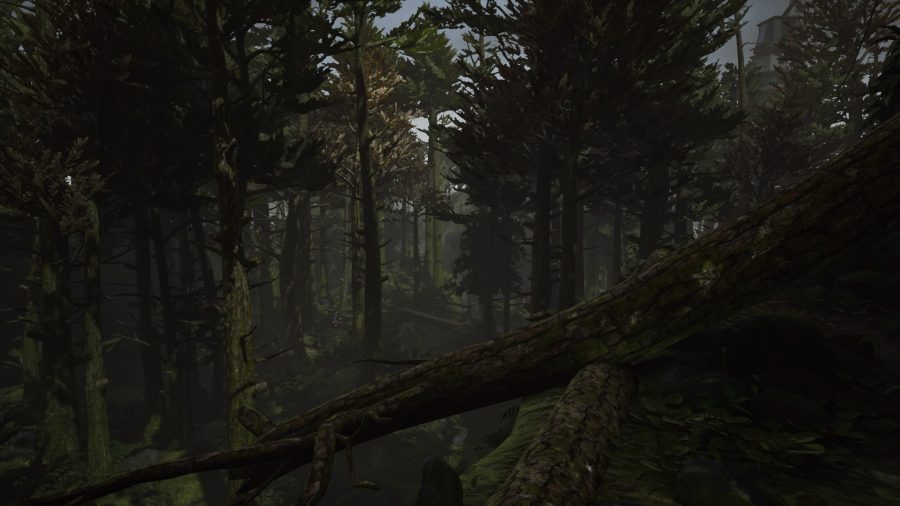 What Remains of Edith Finch is a slow-paced adventure game that takes you to the large Finch family mansion, surrounded by dense forest. Many tragic events have happened here and it has resulted in every Finch family member dying in different ways, and you’re there to investigate what this curse is all about. With no real knowledge of who you even are or what’s waiting in the house, it has a very curious feeling right from the start. All you really know is your character “inherited” this place but hasn’t come here in years. Why would you not visit your gigantic house? It’s this detail that gives a subtle hint of danger and intrigue. How bad could it be? END_OF_DOCUMENT_TOKEN_TO_BE_REPLACED 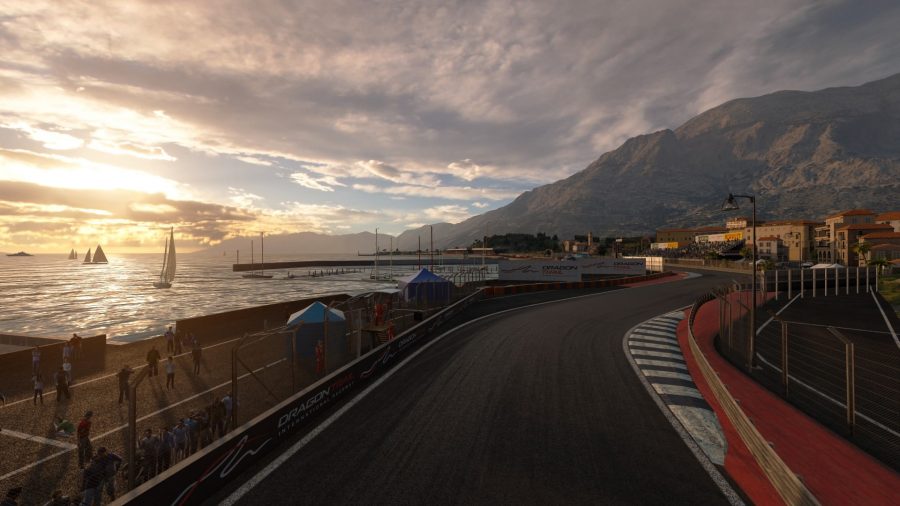 Mmmmm, nothing like that new track smell. It’s the perfect cure to that nauseating “new car” smell of freshly glued plastic. A new location is a little more refreshing to breathe in, and different to play. I can smell the ocean air and hear the breeze hit the mountain with a calming whoosh. After a somewhat reluctant installation, this is what Gran Turismo Sport needed to draw me in. This wonderful track called Dragon Trail. Where’s that? Nowhere. This is a brand new make-believe racetrack for GT Sport and it brings some much-needed identity to make this feel like a brand new special videogame. As someone who’s played every world circuit track in dozens of racing games before, the new tracks in GT Sport are exciting. Not just because of the new scenery, but it’s a brand new stimulating challenge with new corners and layouts to learn.

END_OF_DOCUMENT_TOKEN_TO_BE_REPLACED

What do you get when you mix two of the safest, most repetitive series in gaming together? You guessed it, Dragon Quest Heroes! Nothing to see here right? DQ Heroes mixes the relentless button-mashing combat of Warriors games with the traditional JRPG structure and familiarity of Dragon Quest, but the result isn’t quite as as you’d expect. The game has no more grinding than any series would normally have, instead combining the charm and customisation of each series to make a better version of both. I’ve finally got my hands on the PS4 version after getting tired of waiting for Square-Enix to localize it on Switch and take our money (it’s been “coming soon” for 2 years with no release date still), and I’m having a blast with it.

END_OF_DOCUMENT_TOKEN_TO_BE_REPLACED

Project Highrise, by Somasim Games is an unabashed homage to Yutaka “Yoot” Saito’s 1994 hit SimTower. The two games share the same premise and aesthetic, with Project Highrise’s art style firmly planted in the early 1990s. It’s a game where you’re tasked with constructing and managing a building, leasing out space to offices, shops, hotels, restaurants and apartments, with the revenue going into services for the tenants and further construction. It’s a sandbox management sim and I think it’s a really good one, but there’s a lot to talk about and the comparisons to SimTower have to be made. END_OF_DOCUMENT_TOKEN_TO_BE_REPLACED 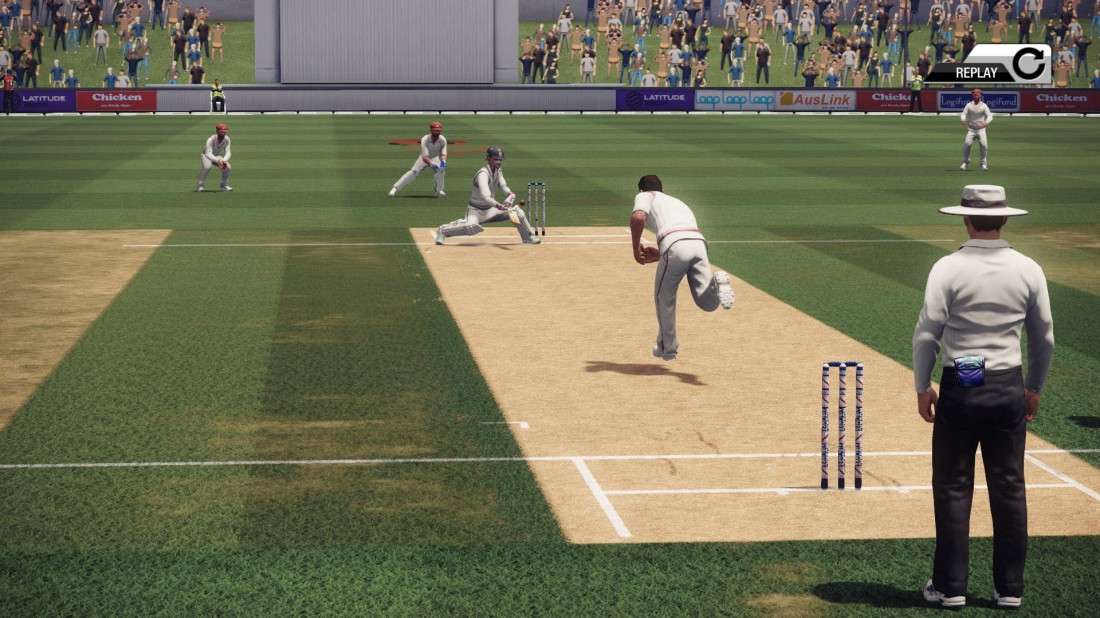 Despite being one of the most popular sports in the world, cricket has rarely been reproduced in anything resembling a fun video game. The last good cricket games I played were the Beam Software developed Super International Cricket (SNES) and its followups on PC. Since sport sims embraced the third dimension cricket games have floundered, with only Codemasters and EA sporadically contracting third string development teams to churn out buggy, unplayable affairs. This is a shame because the first time I played an N64, fresh off my experience with Super International Cricket, I imagined a three dimensional cricket game with a dynamic camera and footwork based shot selection. After almost twenty years, Big Ant Studios have realised my dream. 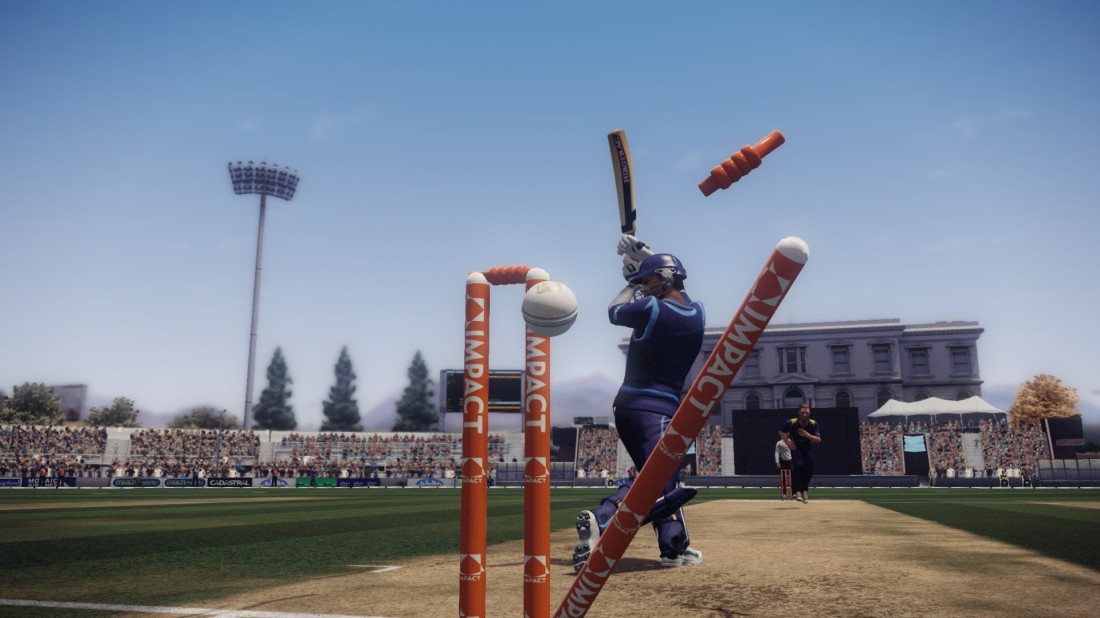 END_OF_DOCUMENT_TOKEN_TO_BE_REPLACED

It’s been a while since I’ve done a rant, which means a lot of rage has built up. I’m going to deliver it to you right now in the form of a reality check on the state of the gaming industry. It’s gotten to such a bad state in the past few years I’ve just avoided talking or thinking about it and happily played my games. Iwata was right in 2000-2004 about graphics not being important. In 2015 he’s still right. He’s been right every time he’s opened his mouth and prophetised games declining in value (aka the end of the world) which IS NOW UPON US.

END_OF_DOCUMENT_TOKEN_TO_BE_REPLACED

Oh hey, guess what folks? The ‘true’ next-generation game systems arrived last month, but unlike most people who are absolutely convinced these are the best systems EVAH, I’m going to put out some more depressing realities that we could face. After all, didn’t you all like my last one?

END_OF_DOCUMENT_TOKEN_TO_BE_REPLACED

I’ve been on the Playstation Plus bandwagon since April this year and it’s been quite a ride. I’ve played at least 20 new games through it, some crap and some great. The whole idea of “playing games you wouldn’t normally play” is conductive to a bit of open-mindedness, but I found the opposite started happening as the months went on. The little bubble of “Playstation Plus” games became the only thing I played on PS3 without me even noticing. My eyes stopped looking at the shelf of games I decided were worth buying, because I always had a backlog of PS+ games to check out that might be good. The service obviously has many upsides but I don’t think it’s sustainable in its current form, and here’s a few reasons why.

END_OF_DOCUMENT_TOKEN_TO_BE_REPLACED

Around late 2011, Pietriots member Deguello did a written piece on people wanting Nintendo to go third party and why such a thing would do more harm than good. Even today, it still speaks volumes because lately everyone is pinning Nintendo as doomed because the WiiU isn’t selling X amount of units. The same thing happened with 3DS. While I can easily point out the issue (IE Third Parties making excuses…again, people not being early adopters), developers and their publishers seem to be under this boggling mind-set that Nintendo is not worth it and the Next-Gen systems Xbox One and PS4 will be better suited for them. END_OF_DOCUMENT_TOKEN_TO_BE_REPLACED