Good morning. What year is it? 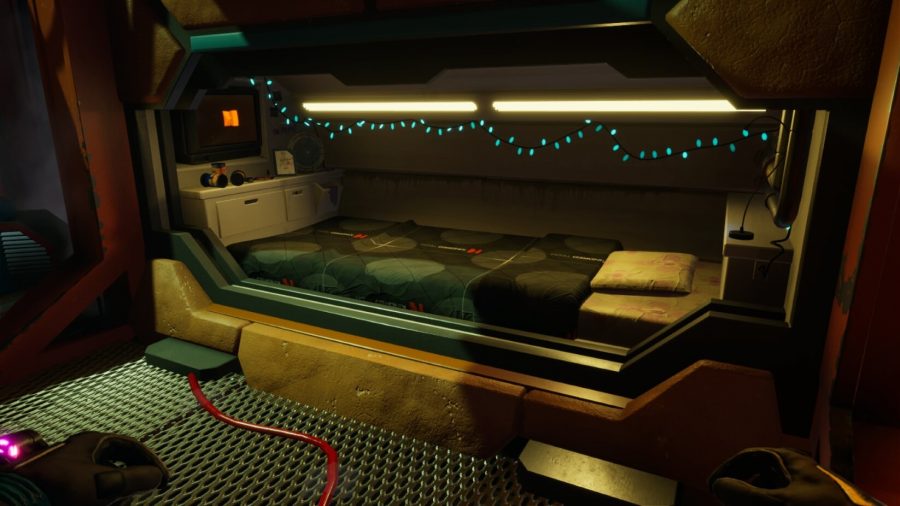 I fell asleep on Earth and now I’ve woken up after an unknown number of years, alert and refreshed. Kindred Technologies are just the best, aren’t they? They call themselves the “4th best” space exploration company, but they really speak to me as a normal human being. I didn’t have much to live for so I signed up for their “experiment”. The year was 2034 and I got myself into 5 million dollars of debt from working too much and… wait, is that how working is supposed to work? I’ve never had the time or energy to think about it. Anyway, I’ve been given an opportunity to redeem myself by being launched towards a random planet in an experiment to find a habitable environment for humans. I was feeling lucky and sure enough, managed to land somewhere in one piece. Let’s see what this place is all about.

Wow, this planet had an actual environment. Booyah! If there’s ice there’s gotta be water and life, right? I was scared and excited at the same time. It looked cold but I felt nice and warm in my suit regardless, or that could just be the excitement. Nope, I didn’t pee myself. It’s just sweat.

I kept walking along this icy path and things felt pretty normal. What else can I do, jump? Nice. My space suit also had a visor that allowed me to scan the environment for information. I remember this from one of my favourite Retro games, Metroid Prime. The Switch trilogy version never came out but luckily my Wii has lasted 20 more years and I used that to train. They don’t make games like they used to, that’s for sure. I scanned my ship and it looks like I’ll be stuck here until I could fix it up. I also needed to find some kind of fuel source on this new planet. At least I had enough Grob (yes Grob) to feed myself for the foreseeable future. Mmmmm, slimy. 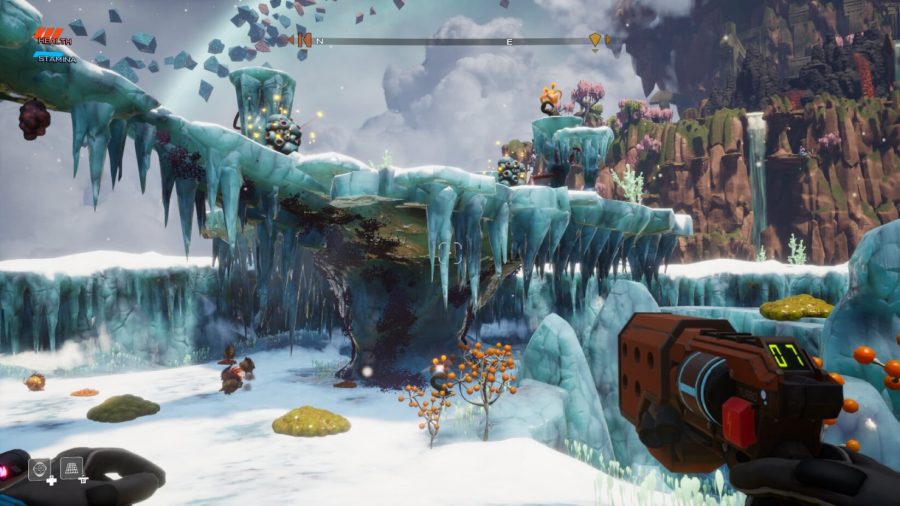 I finally stumbled out of the cave and gasped in disbelief. What a magnificent sight. There’s a lot to take in here. This planet seemed to have a stable atmosphere despite rocks suspended in the sky and cliffs that can throw you off the edge of the universe. I could see far enough into the distance to notice different climates, perhaps this place was smaller than Earth. Some funny looking bird creatures were hopping around… LIFE! Am I the first person to find life in space? Just how far from Earth am I? I approached the birds and they just looked at me. I had a gun ready to defend myself but this wasn’t like a videogame, I wasn’t being attacked. They just hopped along and squeaked. Cute.

I grabbed something hanging from a plant and felt some kind of energy inside it. Is this gonna burst? I threw it on the ground just in case, and it blossomed into a large pad. Looks harmless enough… I approached it and sprung up in the air, boing! That’s cool, I can make bounce pads wherever I want with this blobby fruit. The further I explored the more different seeds and fruit I found that had different effects. I could trap things in the ground with sticky goo, blow things up, shock things, and use them as light sources for dark caves. This was starting to feel like a videogame after all.

I eventually found more upgrades for my suit, as the planet revealed more of itself. Platforms like this allowed me to grapple my way up with a beam. Kindred Technologies had left blueprints that I was able to make with the 3D printer in the ship, as long as I found the required materials. The technology had remarkable accuracy, and soon enough I was double jumping while grappling plants in midair. Wheeeeeee! I never want to go back to Earth now.

So if the animals are friendly, where’s the action? I can feed them bait, play with them and move them around, but am I really that safe here? Some creatures are hostile when you get deeper into the planet, and require some combat and strategy. The space suit I’m in isn’t really designed for action, but combat still works with some careful spacing and platforming. I had to defeat a gigantic creature with several glowing weakspots that required me to use all of my movement abilities. It was a lot of fun, but I felt kinda bad bringing a species to extinction.

I’m having a blast on this place and hope the other people sent to different co-ordinates are doing well. It’s hard to believe I got so lucky to actually find the one thriving environment in space, there must be more, right? I signed up to this space program through a service called “Game Pass” but there are other ways to get this travel opportunity, including Nintendo Switch and PC. There’s some mysterious lore here I am slowly uncovering with my visor, but it’s top secret until I piece it all together. There could be more to this than meets the eye.

Now to explain to this Pufferbird why I threw its family into a plant grinder to retract its vines and open up a passageway for my selfish purposes… I’m sorry. I’m a human, this is what we do.