Thank you for rejoining me after Part 1. As stated earlier, this part will focus on video games in regards to artistic interpretation. So, in order to hide the fact that this part was done months ago and I simply cut a longer article in half so I could loaf for another month, let’s begin. And what better place to start than with the elephant in the room, Fire Emblem.

END_OF_DOCUMENT_TOKEN_TO_BE_REPLACED

Fire Emblem: Fates appears to be doing well in America, despite the wishes of a small, yet loud minority of consumers who use social media to harangue Nintendo of America, hoping to boycott the game and see it fail, operating under various protest hashtags. Of course, after the massive success and nearly nationwide sellout (which I can attest to as copies were at the time of writing incredibly hard to find, even in my rural area) they’ve switched gears into becoming “awareness campaigns,” because if it’s one thing Twitter needs more of, it’s useless hashtag slacktivist nagging.

END_OF_DOCUMENT_TOKEN_TO_BE_REPLACED

This led to the usual jeering at other localization efforts, namely Nintendo of America’s Treehouse and Fire Emblem, and the cheering of Capcom and 8-4’s 100% accurate and meme-free work on Monster Hunter. The only thing that would make this incredibly awkward is if somebody found a list of all the weird memes and pointless references 8-4 made in their translations, exposing the people citing this GDC panel as mindless, unlearned morons so stupid they can’t Google.

END_OF_DOCUMENT_TOKEN_TO_BE_REPLACED 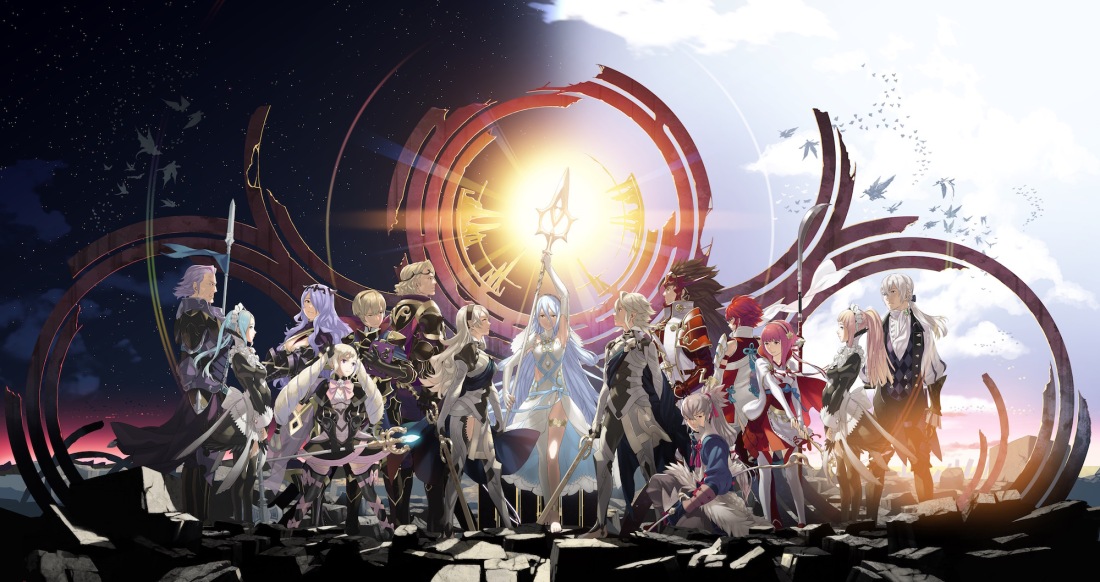 There’s quite a lot of discussion on the internet in the past few days concerning the censorship of video games, pressure from so-called “Social Justice Warriors,” and pressure from so-called “GamerGaters.” The crux of this discussion appears to center around the latest installment of the Fire Emblem series, Fire Emblem: Fates, although there has been other recent controversies concerning games like Dead or Alive Extreme 3 and Fatal Frame: Maiden of Black Water.

Concerning Fire Emblem: Fates, a subquest involving a character named Soleil, who seems to be a female of a bisexual orientation (1 of 3 possible for humans, at least before Tumblr existed), could be romanced by an avatar character of the player’s design. The context of this romance appears to be that Soleil seems to get weak-kneed around cute girls of her type, which lessens her effectiveness in war and impedes her quest to become “smooth,” in her (fan translated at this point) words. The player character concocts a magic potion that makes the imbiber see people in opposite genders (1 of 2, at least before… oh, I already did that joke…) causing Soleil to see people in the opposite gender that they are. This medicine is supplied to Soleil in clandestine means, which to say, her drink was spiked. Hilarious hijinks ensue. This is obviously squarely in 90’s sitcom territory, or something out of the romantic comedy manga Ranma 1/2. The outcome is comical, and at the end the misadventure allows the player avatar to get closer to Soleil and say that she finds interacting with the player character “fun,” regardless of the unawareness of her medication. Who could possibly object?

END_OF_DOCUMENT_TOKEN_TO_BE_REPLACED

It wouldn’t be unfair to say that Metroid: Other M got a mixed reception, tilted heavy in favor of it being a good game. Which is to say, that people can agree that the game is solidly built, a great throwback to the 2D games, and stylistically presented. In fact the only real “weakness” noted by reviewers and angry internet users alike is the story, and more particularly, its depiction of Samus as “sexist.”

The reason I put “sexist” in quotes is not because I deny sexism exists, but because I heavily question the source of the accusations’ sincerity.  Most of the comments center on the developing studio, Team Ninja, the director from Nintendo, Yoshio Sakamoto, and their country of origin, Japan for being “misogynist” when it came to designing Samus and the storyline of the game. Whether it’s sexist or not is up for debate, but why the inclusion of Japan as a factor?

END_OF_DOCUMENT_TOKEN_TO_BE_REPLACED

It’s time for another 3DS Wall update.  As usual, games have their score from GameRankings, and all the games are scored together to give a general idea of the quality of the out put from these various publishers and developers.  Scores are rounded up and they must have at least 5 reviews to curtail outliers.  Games with no review score mean that the game has not been released yet or have not attained 5 reviews.

Without further ado, let’s have a look.

END_OF_DOCUMENT_TOKEN_TO_BE_REPLACED

There certainly has been a lot of talk lately about whether or not Nintendo should quit hardware and become a third party.  This sort of discussion baffles me because I’m not aware of any year Nintendo ever lost money to such an extent that “going third party” was a necessity.  In fact, even in the recent “trouble years,” according to several game news websites, Nintendo still pulled down billions in profit.  The comparisons to Sega are thrown around as if they meant anything, despite Sega’s situation having been the result of a decade of financial missteps.  Sega was losing money for years before they were forced to become a third party in order to stay alive in the industry.  Nintendo is sitting fat on billions upon billions of dollars, and has never posted a yearly loss, ever.

END_OF_DOCUMENT_TOKEN_TO_BE_REPLACED

Hey, how have you guys been?

Where have I been?

Mostly looking for work which is pretty hard to find where I am.  I know I promised bimonthly updates to the Wall, but truth be told not a lot of movement in 3DS games happened initially after the first publication.

But enough about that, let’s get down to brass tacks.  As usual, the only criteria is that a company has to have released a game or have finalized (or near such) boxart with a release date.  Boxarts are followed by GameRankings Averages of each title and the company’s library as a whole.

END_OF_DOCUMENT_TOKEN_TO_BE_REPLACED

In the spirit of our previous efforts to showcase the horrible atrocities committed to the Wii by third-party developers, we at Pietriots are proud to announce our new 3DS Wall.

The 3rd Party Wall of Shame was an analysis of wrongs committed after the fact.  This wall is intended to be a display of the building libraries of every developer for the 3DS, along with aggregated critical scores of each title individually and together as a group.

The original wall was made in response to unscrupulous claims from a few third parties that complained that their games were not selling on the Wii, despite their “obvious quality,” and that people were buying Nintendo’s games instead. The 3rd Party Wall of Shame showed those claims to be totally unfounded, as said third parties published some of the worst titles in their histories.  The question was asked, “Who deserves to sell more?”  The responses were silence and sudden anger at the creators of the Wall.

This is an ongoing project, which I will attempt to keep up with weekly or bi-weekly, depending on holidays or work.  And sometimes just mood.

END_OF_DOCUMENT_TOKEN_TO_BE_REPLACED

Friend Codes are a controversial online schematic that can mildly be described as cumbersome.  The IDEA behind Friend Codes is a good one, but the execution of this idea has until recently been poorly lacking.

However, with the announcement of the universality of Friend Codes for the 3DS, the Friend Code system rises from unwieldy to a viable alternative that’s even superior in many ways to alternate online systems.

END_OF_DOCUMENT_TOKEN_TO_BE_REPLACED

With the new 3DS and the possibility of a Wii successor either next year or the year after, it’s probably a good time to let third parties know that they haven’t been up to snuff on Nintendo’s platforms lately other than the DS.

The following is a ten step guide to finding success on Nintendo consoles.  Success seems to be elusive as third parties struggle to succeed and feel that they have tried everything (obviously not everything, like make mostly high-quality games from launch) and still find that the Wii and sometimes the DS audience are reluctant to purchase their products.  So what follows is a handy set of guidelines that will help you on your way to financial or at least critical success on Nintendo’s platforms.