Pew pew. Gunman Clive is a videogame where you jump around and shoot bad dudes, and Gunman Clive 2 is the sequel with more jumping and more shooting. Originally released on 3DS, they have now combined to form Gunman Clive HD Collection on Wii U, a huge collection of 2 games where you jump and shoot things. I’m going to make this review short and to-the-point, because that’s what Gunman Clive is all about. He doesn’t mess around with convoluted stories or filler content. This is probably the cheapest HD Collection ever made at 5 Australian dollars, and it’s the best version of each game. Instead of following the trend of other HD Collections by including new “features” like glitches, patches, crashes, muddy textures and framerate problems; this HD Collection actually makes the games better by refining the controls and polishing up the graphics for the big screen. The 5 dollar AU price point translates to 4 dollars in the US because we’re different. It’s 3 or 4 pounds / euros / whatever in Europe’s different regions. 700 rupees if you’re in Hyrule. 50,000 gems in Woolly World. 2000 coins in Inkopolis. Alright, that’s enough. I don’t know every currency and Gunman Clive is still pending classification in a few of these places. For a universal comparison, Gunman Clive HD Collection is the price of a freshly baked, choc-filled cake with strawberry topping. Except this will kill you dozens of times, instead of once. YEEEAAHHH!!! 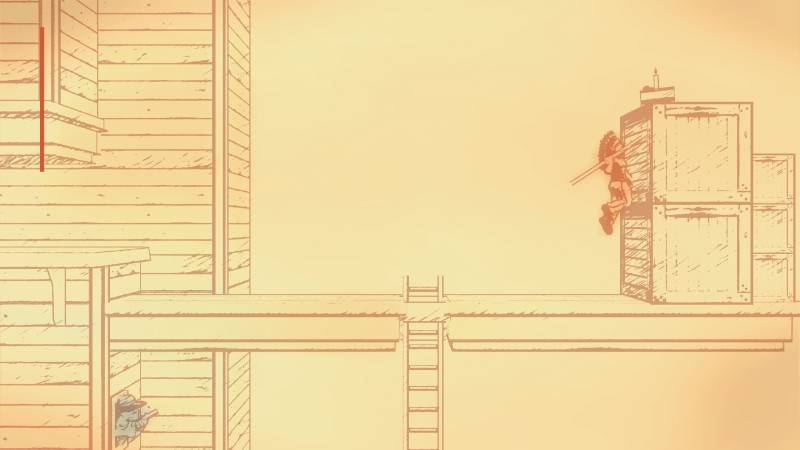 Forget the cake mate, get Gunman Clive HD Collection. Unlike an unreachable double-stacked crate surface, this drop has spawned in a good place on the Wii U eShop. You might think I’m underselling this game with simplicity, but Gunman Clive gets away with it by being so well-designed. Jumping and shooting are two of the coolest things to do in a videogame, and Gunman Clive’s movement is very conductive to both of these things. You have a jump button, and a shoot button. Bad dudes will pop up for you to kill, and outsmarting them with movement is how you progress in this game. If you just stand there, walk forward and shoot, you’ll get hit and die a lot. Bullets usually come in a timely rhythm, and your own bullets also take time to travel. Not long, but they aren’t instant. This creates patterns of projectiles, which in turn leads to fun waves of jumps to avoid getting hit.

Gunman Clive is not a hard game, it just has a good balance of patience and positioning. If you’re not good at videogames, you will become good at them by playing Gunman Clive to the end. It’s the kind of platforming that seems easy, until you get even slightly careless and die. The design is smart and satisfying, keeping your focus. It’s like a slightly easier, more fun, beatable version of Mega Man. 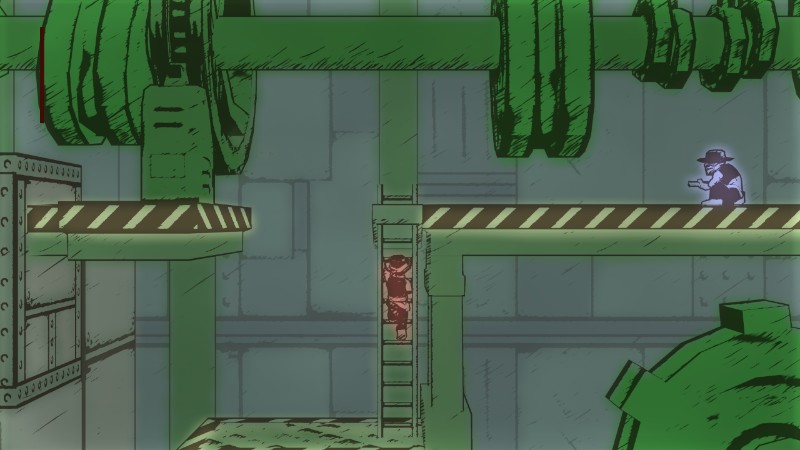 Gunman Clive 2 has exactly the same gameplay, but expands the colour palette from “western dirt yellow” to “western dirt yellow and other colours“. It’s like the jump from Game Boy to Game Boy Colour, very exciting. Not content with just a graphical change, the second game has a LOT more variety in the level design and it’s also about twice as long. It features rotating balls, upside-down platforming, Star Fox style 3D sections (that somehow don’t suck), and it lets you ride on dinosaurs and pandas. All while jumping and shooting. Like the first game it also has a mine cart section which doesn’t have much depth but mixes things up for one level. It’s everything a videogame sequel should be. I also have to give props to the end boss, which is one of the coolest I’ve seen in a game and really surprised me. Clever and fun.

Both games are pretty short, 30 to 60 minutes on your first playthrough is a good estimate. Add 30 minutes if you’re shit. Add another 30 if you’re a game journalist thinking about Witcher 3 with Mountain Dew running down your face. Luckily there’s good reason to replay them, with 4 playable characters in each game and Easy, Normal and Hard difficulty settings to choose from. Aside from Gunman Clive, you have Ms. Johnson. She’s pretty much the same, but can hover jump like Peach. Then there’s Chieftain Bob, who can not shoot at all. What YOU SAY?! A jump and shoot with no shoot? Just think of it as a Jump and Stab game for this character. Or imagine the spear is shooting at really close range. Fuck yeah guns. This short-range attack changes the game up a lot, because you have to get right up close to enemies to spear them. I enjoyed the challenge because it makes you think about the levels in a different way, and it’s a great way to get good at maneuvering things while running forward. Something every gamer should strive for.

The final character is a duck. This was an unlockable in the original game, but in these games it’s open from the start so I don’t care about spoiling it. The duck has no attacks and just flaps about. Each game is still beatable with the duck, to show how well-designed they are. Or perhaps how well-designed the duck is. Boss fights are skipped however, because otherwise you’d just stare at them for hours until they killed themselves out of boredom. Ducks never get bored and enjoy watching the world burn. Shoot all you want, mortal.

I think everyone should have this on their Wii U. Not because it’s cheap, but because it’s easy to get and play through from start to finish. It’s an enjoyable, entertaining, accessible test of skill. If you don’t play many 2D platformers or Mega Man clones, this is a good game to help you discover what they are about. If you DO, like me, then it’s even more fun because it’ll test your skills and make you feel really good about beating it quick. There’s additional challenges for getting good times, and not taking damage. I originally played Gunman Clive on 3DS and didn’t love it, but found it enjoyable enough for a few playthroughs. It feels much better to control on Wii U. That’s simply personal preference but I like my action on the TV, and these games are great for it. The screenshots display a simplistic art style, but in motion the game has a really cool old-film style grain going on to make it feel vibrant. It looks really good. I also had some glitches on the 3DS version, and haven’t encountered any on the Wii U after beating each game 4 times.

There are obviously thousands of cheap Indie platformers out there to indulge in, but I’m talking about this one because I like the level design. It’s important. You’re not mashing bullets, running as fast as you can, or talking about your feelings with the bandits. You’re using your brain to get from Point A to Point B without dying. All with good controls, pretty graphics, and cool music. In fact the music is more than cool, it’s catchy and original (especially in the 2nd game), and plays a big part in creating a new identity for this series. Check out Gunman Clive HD Collection for some old-school videogame action, wrapped in a glorious new IP from a talented new developer. I’m hopeful this series keeps going all the way up to Gunman Clive 10 and we get another huge collection. Or an HD Collection Collection. Whatever happens, this game is worth buying now because it’s a lot of fun and captures the raw essence of videogame challenge. JUMP on the eShop, take a STAB at this game, and SHOOT for some high scores. AWWW YEAAAHH!!

2 thoughts on “Gunman Clive HD Collection – Of Jump and Shoot”