This game was recommended to me by Isabelle while we were chatting in the Town Hall. She said she spent the weekend “ripping and tearing” and when I noticed that my town’s weeds were still there, I asked her what she meant. “Doom Eternal, it’s pretty hype”. Oh okay, thanks for the recommendation Isabelle. I can’t believe I hadn’t played it yet, she said it was one of the biggest games of the year so far. I got my hands on an Xbox copy and I was excited to finally start the game up. However, that excitement quickly turned to confusion. 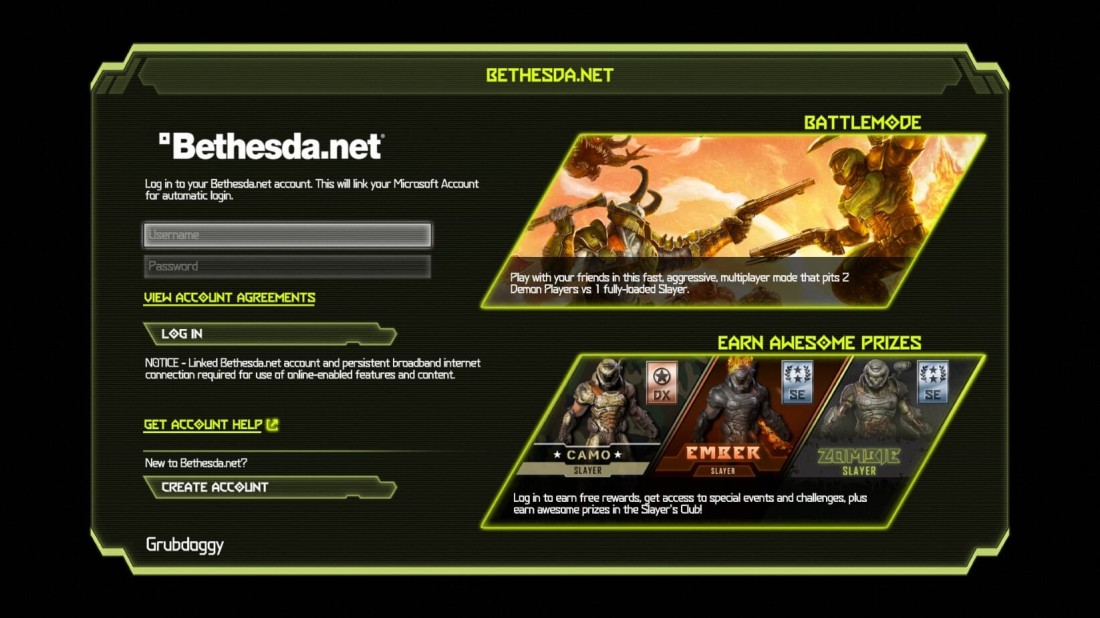 Nobody told me about this. Despite the huge backlash when Bethesda put a mandatory login screen for the ports of Doom 1 and 2, they’ve done the exact same thing again. They ended up patching those ports, so they know people hate it, but they fucking brought it back anyway. Incredible. There is no way out of this screen. If you are connected to the internet, you can not boot up the game without a Bethesda account. There is no exit option on this screen, only acceptance or disconnection. The interface itself is disingenuous and manipulative.

So why would they do this and piss people off again? How does this even benefit Bethesda? It’s clearly not an accident since it’s happened multiple times now. I can only imagine there is some arbitrary number goal of Bethesda accounts they need to meet, to please investors. If that’s the case, FUCK all investors who are that stupid. This is not how the videogame industry works. A game makes money when people buy it, the account really means shit all. Nobody is going to get into the “Bethesda ecosystem” when they force their shit on people. Here is an actual reaction from a human being (and there’s tons of these, this is only from launch day).

Feeling the love! Below is the reaction they probably expected at Bethesda’s thinktank meetings.

Oh what’s this, a Bethesda account? You mean I don’t already have one? Wow, I’ve been missing out! Now I can stay connected to the Bethesda community, and receive updates on several great games. I might buy Fallout 76 now as well since I have an account! Why not? Feels good. Yay.

Except nobody said this or ever will. I have one message for the type of person who makes these decisions; stay the fuck out of game development. In fact, get out of the gaming industry. This is one of the few industries that your kind hasn’t completely taken over. You’ll have an easier time exploiting people elsewhere.

Another possible reason? This one is more sinister, but selling people’s information is a hot way to make money if you are a disgusting person in 2020 with no morals. The disaster that was the Fallout 76 launch showed how vulnerable Bethesda accounts are, with people’s personal details being leaked to strangers. I don’t need this extra bit of insecurity for a shitty account that adds one more step between playing a videogame where you shoot demons. The Doom Slayer has enough equipment to carry without checking his phone.

With this and the Fallout 76 disaster, just what is happening to Bethesda? Despite my disgust at this one problem, I genuinely like this company for publishing and supporting large-scale single player games. Giving a budget to games like Prey and Dishonored is something no other big publisher was willing to do. You can see how helpful Bethesda was in this wonderful documentary about Arkane. Now things are changing even with Arkane and they’ve split their studios up with half of them leaving. Coincidence? Could well be. The specific reason the founder said for leaving in that documentary, is that the corporate culture was getting too stressful for him. Forcing a login on people and farming accounts is the disgusting, corporate side of gaming in its visible form. If this continues to infest the company I wouldn’t be surprised to see more creative individuals leave. 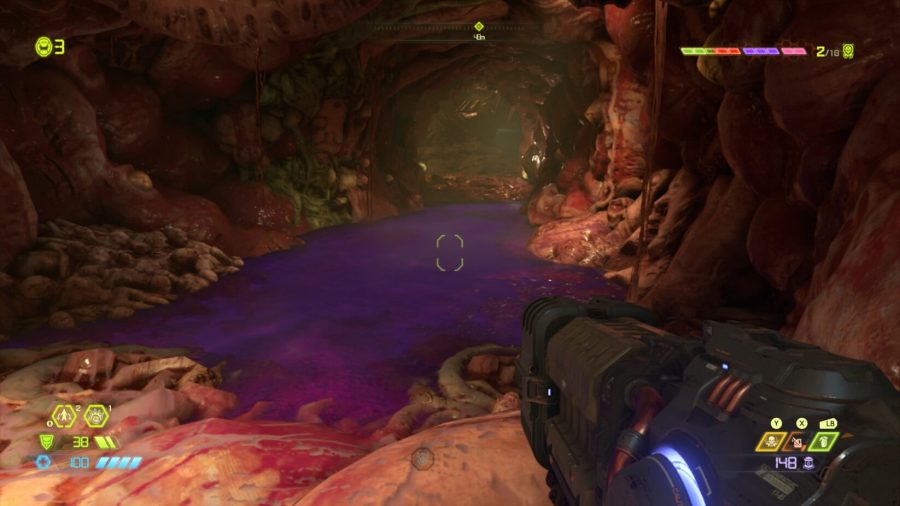 After all this verbal vomit? Doom Eternal is a great game, and you can still play it without a Bethesda account if you disconnect from the internet. For Xbox or PS4 just go offline from the console settings, and for PC you have to get a bit more crafty and change some code. It sucks for a game like this to be forced offline, since it has an online mode and DLC on the way. It’s kinda like a car that parks in the middle of the road. Sure, it’s possible to navigate around but it shouldn’t be there in the first place.

I could do this, but this issue isn’t really about me. I’ve spent this evening writing this up, so clearly I don’t care about my own time. This is a bigger problem than my own inconvenience. I’m mad on behalf of everyone who got this game and faced this awful screen with no idea what to do. None of us were told from professional reviewers about this, possibly because they received review copies in advance that might not have had this forced login screen by sheer coincidence. That, or they made Bethesda accounts already to get invited to a Bethesda party and get free loot.

“Is it really a big problem?”

I think it’s worth calling this out as a means to stop it happening again. Since the game gives you no option or instructions on how to remove the login screen, I had to google it, and hardly anyone has mentioned this outside of forums and reddit. Wouldn’t want this inconvenient bit of information to ruin those “10 out of 10” reviews it got.

It’s a slippery slope in the same way that micro-transactions was. People hand-waved them, said they weren’t that bad, a few dollars here, a few dollars there. Then they grew out of control, into a huge problem destroying parents lives. Entire games are developed around account systems and micro-transactions now, much to the detriment of traditional game design. There really is no benefit for us to have an account that locks things out of a game we already bought. People made a shitstorm about this login screen in Doom 1 and 2, and it was changed. It’s time to stand up for Doom Eternal now, because idSoftware worked really hard on it and first impressions are very important. So far it’s been out for 2 months with no changes, but it took them a few months to “fix” the other Doom ports too.

I’ll finish with these final words to Bethesda, from another Doom fan.