It’s been a while since I’ve done a rant, which means a lot of rage has built up. I’m going to deliver it to you right now in the form of a reality check on the state of the gaming industry. It’s gotten to such a bad state in the past few years I’ve just avoided talking or thinking about it and happily played my games. Iwata was right in 2000-2004 about graphics not being important. In 2015 he’s still right. He’s been right every time he’s opened his mouth and prophetised games declining in value (aka the end of the world) which IS NOW UPON US. 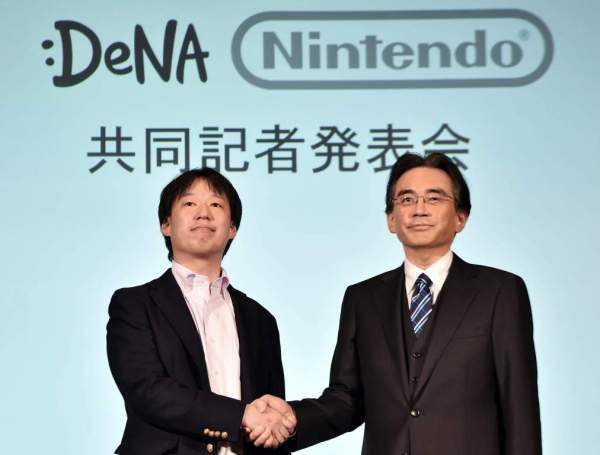 Nobody listened and Nintendo has been forced to shake hands with the devil. It’s sink or swim in this industry infested with HD remakes, revenue models disguised as games, and absolute garbage on the grandest scale with huge development teams spending big money to make sure nobody has control over their game experience. With money thrown at awful “cinematic experiences” and racing games that don’t even have basic modes like multiplayer and replays, we are witnessing gameplay being gutted from games in front of our very eyes. Publishers are so determined to make shitty games we’ve seen dozens of studio closures and layoffs as developers go down swinging in a blaze of unpatched glory. Rockstar spent an entire year making GTAV a second time. Games like Borderlands and Batman are being resold to the same audience with no gameplay improvements. Assassin’s Creed has an entire nation of people working on it and still needs a 40GB patch to function, despite the best programming efforts of their genius development babies.

WHAT THE FUCK IS GOING ON?

When did all this shit become NORMAL?

What are gamers doing with themselves today? Going by the raw data on what is selling, we are buying PS4’s with no games and staring at them. Then going to work and sharing our stories of not playing the PS4 on social media. As a collective, we’re all fucking doing nothing and paying money for the privilege.

People are becoming too stupid to make choices for themselves and accept every garbage game handed to them by publishers, because that’s all the respect they have. That’s all there is, right? Despite being more connected than ever, we are STILL finding ways to ignore great games. How the fuck The Wonderful 101 did not find an audience is still one of the biggest mysteries of the past few years to me. People are so hungry for gameplay in this dire High High Def world we saw Kotaku creaming over a fanmade Mario 64 HD demo with stolen assets. Gee, IF ONLY there was a 3D Mario game in HD we could play instead. Imagine if a BIG TEAM made a full blown Mario game! Yes I have used this argument before but it needs drilling into people’s heads. Just look at the fucking picture and tell me why you’re not playing this.

What else do we have, Dragon Quest 7 for the west? No, westerners don’t want this million selling game. iOS users who haven’t the slightest fuck for gaming history? They would love to play a butchered DQ8 that crashes every 10 minutes. Square-Enix, you’re fucked.

Nobody liked Resident Evil 6? It didn’t meet sales expectations despite selling millions of copies? Oh well, the 3DS game was well received, so let’s make a sequel to THAT and we’ll make up all our lost profits! What do the 3DS sales tell us? Obviously that people want episodic content on completely different systems. Capcom, you’re fucked.

Konami is already fucking dead and not even worth talking about. They own a set of gyms as their primary business. They sold a $40 demo to the world. Konami, you’re doing great.

Meanwhile journalism standards are lower than ever, Youtubers are demanding money for narrating their own cognitive failures, and Tweeters are creating brand new social issues to be outraged over every day.

What the fuck happened to everyone? Would this all be happening if we were all playing Nintendo games instead? Literally nobody on my Wii U has played enough Tropical Freeze for me to compare leaderboard times with. Nobody is posting Game & Wario sketch ideas on the Miiverse. There are not enough people playing Mario Kart 8 and Smash Bros every day. Nobody gives the slightest fuck about the new Mario vs Donkey Kong, with level sharing and crossbuy everybody asked for.

All this FUCKING SHIT is going on while Wii U is the lowest selling modern console, and sits on the shelf with amazing games. The Wonderful 101 is the best action game ever made, it’s not even questionable if you’ve played it. Pikmin 3 is an absolute work of art. Tropical Freeze is the best platformer ever made, Mario Kart 8 the best racer BY A LONG SHOT. Every Metroid game is playable on Wii U except Metroid II which is on the 3DS. Content is not the issue with this system, it’s quite simply the ignorance and stubbornness of gamers and gaming journalist’s failure to communicate. Nintendo’s games are the best they’ve ever been, and you can see that as rampant fanboyism, but the complete apathy and ignorance from the other side of the coin is the only thing that’s hurting us.

This article is pure rage with the highest degree of exaggeration I could muster, and I could not give the slightest fuck because I’m not one of the people responsible for failing the gaming industry. If you’re one of those people who calls themselves a gamer and does not own a Wii U, Nintendo is the solution to your stale life. Put down Fifa and think a little harder about what makes sport interesting. Stop pretending Dark Souls is the only difficult game because it has a big sign saying “I’m difficult”. Stop watching reruns of The Walking Dead and try to create a feeling of intensity you are a part of. Do not buy the next Call of Duty or Assassin’s Creed, they were never good. Switch your smartphone off, forever. Burn your Amiibo collection and buy eShop gems like Mario Vs Donkey Kong, Boxboy and Affordable Space Adventures instead of the next Amiibo wave. Cancel your fucking Netflix and pick the controller back up. Let’s get gaming back on track.

100 thoughts on “Gamers, stop being shit and buy a Wii U”