With Kirby celebrating his twenty-fifth anniversary this year, let’s take a short trip through his very first Game Boy adventure. In case you are wondering why I cut out the boss rush, they are exactly the same fights and you really don’t need to watch them a second time. 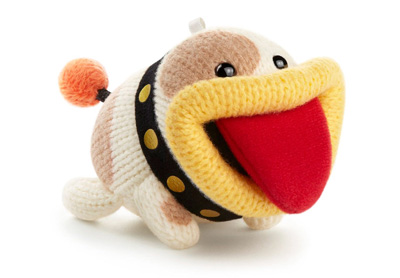 What’s that, Poochy? *sniff sniff* Wow! It’s a treasure trove of brand new music! Composer of Yoshi’s Woolly World, Tomoya Tomita, has uploaded some songs to his Youtube account. Included in this playlist are 6 original compositions for Yoshi’s Woolly World that were not included in the final game. It really makes you think, Poochy. What could these songs have been made for? What if there were brand new levels to accompany them, and we never got to see them? Could they still be hiding, somewhere in Woolly World? Let’s use our imaginations and go through the unused tracks one by one!

END_OF_DOCUMENT_TOKEN_TO_BE_REPLACED

It’s time for another Durpthrough, but this time it is something I wanted to do for a long time. I like Mario games, enough to do in-depth reviews of them years ago, so I thought to myself “hey, why don’t you do video playthroughs of them?”

Granted, it isn’t the most original idea on the planet, almost everyone has done a video playthrough of every damn mainline Mario title. My idea isn’t original, but hey, at least I am not e-begging for Nintendo advertising money. So, without further ado, here is the Super Mario All-Stars version of Super Mario Bros., the Mario game that started it all and celebrated it’s 30th anniversary last year. END_OF_DOCUMENT_TOKEN_TO_BE_REPLACED

Great Commander is a giant asshole.

Spin that revolution around, thing.

END_OF_DOCUMENT_TOKEN_TO_BE_REPLACED

Get it? Because Fortune has dinosaurs! Kind of.