Recently, I decided to take a break from modern gaming; there’s only so many ads and achievements I can take. I’ve gone back to New Super Mario Bros. 2 on my 3DS Micro for some classic fun, and man this game has aged well! Why can’t Nintendo go back to this style? I’m sick of these annual 3.75D Mario games clogging the market. 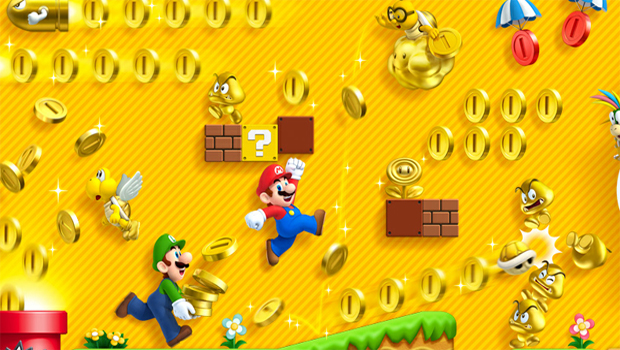 New Super Mario Bros. 2 is pure fun. Getting coins is one of the simple joys in Mario games that has been lost recently, and they are EVERYWHERE! Leaking from pipes, raining from the sky, jumping out of water, falling out of enemies’ butts. This aspect was overlooked when the game came out, but the coins really distinguish this game. There’s no obscure list of achievements: you just have to get coins. Coins shower every stage and you can’t hope to get them all; but that’s OK – you have all the time in the world. I find it soothing.

The graphical style is refreshing; gaming hasn’t been the same since we discovered the 4th dimension in Rawmeat Cowboy’s beard in 2016. After experiencing screen-tearing on 4 different planes in Darksiders 5: Hell’s Revengeance, it feels nice to go back to this. The simplicity of the landscape allows the colour to shine through, and the gold coins really assault the screen with style. I enjoy the neat subtle 3D effects too; it’s not overbearing like all these hologram gimmicks today and when it happens it’s a nice surprise. 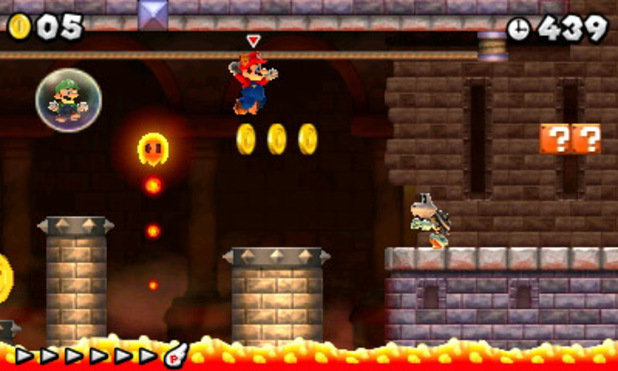 It’s nice to play an offline single player game again. There’s nobody yelling secrets from the Miiverse and treating me like an idiot who doesn’t know how to jump. It’s fun going back to these levels because I’ve forgotten the layouts since 2012 and there’s some great design. Boxes, enemies, and platforms have unexpected patterns; and while it’s not the hardest game in the world, each level gives you something new to think about. Co-op play is nice too, but I’m not sure how it works. All my friends died in the Nintendo Land bombing.

What do you guys think? Should Nintendo go back to this classic “gold rush” style of Mario and make a New SMB 2-2? I wouldn’t mind a remake of this game either, could work well on the Wii Dee. New Super Mario Bros. 2 comes from an era with Nintendo at their creative peak, and it’s a joy to relive this game again. Clever level design, refined controls, it’s Mario – and that’s a really good thing.