Whenever I hear the term “day one on Game Pass,” it always makes me wonder how much something will actually sell physically and if the company behind said game will even make a profit. While some will sing the praises of Game Pass, and while I have used it to dabble in games a bit (unless Xbox servers are down), I’m afraid I have to be one of those Negative Nancy types that has to take a realistic approach to this recent announcement (and Hollow Knight: Silksong too, gee, we haven’t see that one for a while haven’t we?).

END_OF_DOCUMENT_TOKEN_TO_BE_REPLACED

Developed by the worker owned cooperative Pixel Pushers Union 512, Tonight We Riot is a side scrolling crowd brawler with a retro-anarcho-communist aesthetic. Set in 20XX, Tonight We Riot depicts a society at breaking point under the oppression of capitalism, with the working masses living precarious lives in service of the capitalist owners whose power is entrenched through owning the media and political institutions. So pretty much like right now, without the global pandemic.

Before we go on, a big trigger warning for any reactionary readers we might have who prefer their video games to not contain politics; Tonight We Riot is unashamedly political, featuring not only women but people who are not white too.

END_OF_DOCUMENT_TOKEN_TO_BE_REPLACED

With our lives suddenly controlled by social distancing and quarantine, my boyfriend and I are spending dramatically more time together. I thought this might be a wholesome bonding experience, however he’s dedicating almost his entire time to some game called Animal Crossing. I don’t know if you’ve heard about it? I hadn’t, but it’s popped up in my socials a bit and apparently it’s a bit of a big deal. So anyway, I thought I’d sit down and watch a bit, and after just 5 min I am 100% convinced this game is intricately connected, if not entirely responsible, for the covid19 pandemic. Let me explain:

END_OF_DOCUMENT_TOKEN_TO_BE_REPLACED

The fire is dead.

The room is freezing.

END_OF_DOCUMENT_TOKEN_TO_BE_REPLACED

I don’t yet know what to make of The Friends of Ringo Ishikawa. Seemingly developed by one guy in Russia, The Friends of Ringo Ishikawa sees you play as a directionless high school thug who is threatened with expulsion from his school, which he hardly attends due to spending all his time getting into gang fights. It’s like a tribute to NES classic River City Ransom or some sorta slice of life anime like Cromartie High School which I’ve never watched but Deguello says is a parody.

END_OF_DOCUMENT_TOKEN_TO_BE_REPLACED

I’m ticked off, dear reader. Once again, an idea I’d come up with in my mind has been implemented in life before I got the chance to execute it first. In this case, I was shocked to see this article by Roland on his 2019 goals. You see, with the new year, I was looking over the Backloggery account I use to keep track of my games. I was able to wrap up a few games in December and cross them off my list. As I thought about doing an article on what I played in 2018, I also thought about looking ahead and what I’d like to do in 2019. It seemed like a perfect follow-up to look forward after reflecting. I didn’t mention this plan to anyone yet during the 12 days it took me to write that article about 2018, Roland has beaten me to the punch making me look like a copycat. So, I’ve altered my plan a bit and my first goal in 2019 will now be to kill Roland to keep him from telepathically stealing any more ideas from me. It seems like the only solution to this problem.

END_OF_DOCUMENT_TOKEN_TO_BE_REPLACED

From independent Taiwanese developer Sigono, the pair of games OPUS are linked by their common themes and aesthetic rather than their gameplay or story. Both games share themes of loneliness and hope, with characters isolated in the distant future, determined to complete a seemingly impossible task that was thrust upon them. Despite these similarities, both games can stand alone, they don’t refer to each other, and are a testament to the diversity of unique gaming experiences we’re so lucky to enjoy today.

END_OF_DOCUMENT_TOKEN_TO_BE_REPLACED

Forty years ago, revolution swept Iran. The western backed autocrat, Mohammad Reza Shah Pahlavi was ousted from power by a popular coalition of forces and an Islamic republic, led by Allah’s apparent representative Ruhollah Khomeini, was established. 1979 Revolution: Black Friday tells the story of Black Friday, a turning point of the revolution, through the lens of fictional photo journalist Reza Shirazi. It’s less a traditional video game and more a kind of edutainment interactive historical drama, with developer iNK Stories borrowing heavily from the Telltale Games formula to immerse the player in the chaos of revolution.

END_OF_DOCUMENT_TOKEN_TO_BE_REPLACED 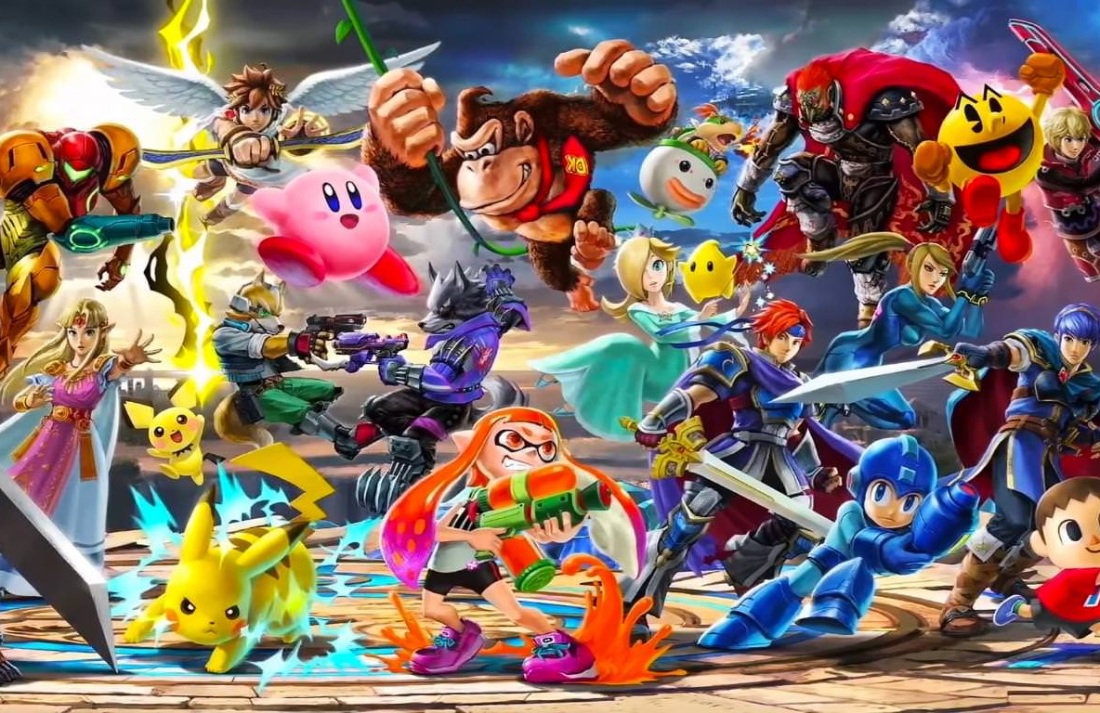 There’s a correct way to play Smash Bros; 4 players, timed match, 2:30, items on, stage hazards on, random stage select. Any other way is wrong. This setup not only creates the most volatile and chaotic matches, but also the ones most likely to see the best players thrive. As anyone who has made it past the third grade of school knows, life is unfair. So why should your video game be any different? Smash Brothers teaches you how to cope with unfairness, how to handle chaos and how to seize opportunities to get ahead in life. Playing stock matches, without items creates not only a saccharine gaming experience, but also a generation of gutless imbeciles. Disagree? Well keep reading to find out why you’re wrong.

END_OF_DOCUMENT_TOKEN_TO_BE_REPLACED

Warframe is a game that kept showing up in the ‘now playing’ status of long lost friends on Steam and Discord for a while now and another friend left a comment mentioning it on a Jacobin article about politics in games. I’d never bothered to actually find anything out about it though until today when I realised it had appeared on the Switch eshop, was free to play, and didn’t involve Nintendo’s extortionate online fee. I went in completely blind, not even reading the description, and this is how it felt.

END_OF_DOCUMENT_TOKEN_TO_BE_REPLACED

Project Highrise, by Somasim Games is an unabashed homage to Yutaka “Yoot” Saito’s 1994 hit SimTower. The two games share the same premise and aesthetic, with Project Highrise’s art style firmly planted in the early 1990s. It’s a game where you’re tasked with constructing and managing a building, leasing out space to offices, shops, hotels, restaurants and apartments, with the revenue going into services for the tenants and further construction. It’s a sandbox management sim and I think it’s a really good one, but there’s a lot to talk about and the comparisons to SimTower have to be made. END_OF_DOCUMENT_TOKEN_TO_BE_REPLACED

Rocket League journeyman player Roland announced his retirement to stunned teammates and opponents, after scoring an own goal to seal defeat for his team, in his 1000th match of competitive Rocket League on Switch.

The announcement came a shock to all with no one even saying ‘gg’ in quick chat after the match, despite constant quick chat taunts and banter throughout the match. END_OF_DOCUMENT_TOKEN_TO_BE_REPLACED

I know most of you have said this:

Well, first, whatever. I’m sorry your precious on-system voice chat isn’t there (and quite frankly those features were things I never liked in the first place, thanks experience on 360 Live!), or the fact you are now bitching about Cloud Saving despite that being a thing you wanted. I bought Switch Online membership for the year, and so too did Deguello. Why? END_OF_DOCUMENT_TOKEN_TO_BE_REPLACED