Hope everyone’s doing well. There’s a lot going on in the world, but none of it really matters when you’re sipping some tea with a quality videogame. In any climate, our personal happiness and growth is the most important and powerful thing we can offer the world. 2017 is not a year I am comfortable predicting, it could be really good or really bad depending on a variety of factors out of our control. One thing I do know, is that our ability to have fun and get hyped is entirely within our means. It’s true. You could have fun at any given moment without warning. I want to kickstart the year on this site with a bit of spark, so here’s a buncha fun, real stuff to get hyped for right now in the gaming community.

AGDQ is a week-long gaming event where the best speedrunners in the gaming community get together to show the world their skills and have a great time on the couch. The schedule is a bit different this year with Ape Escape 2 kicking off the marathon, and stuff like Doom 2016, Pac-Man World, Road Trip Adventures, and Mighty No. 9 showing how broken they are for the first time. Wait, isn’t this Awesome Games Done Quick? Fittingly, a lot of the best speedruns to watch are completely miserable gaming experiences. Almost everything looks bad when you are glitching anyway, so crappy games are just one step ahead with these “mechanics” ready to go.

Plenty of good games will be there, with a bunch of Zelda games including Ocarina of Time 3D being speedrun on the big stage for the first time. This game is going to look so amazing captured on the big screen if they get the stream layout right. Rocket: Robot on Wheels is an awesome niche N64 game that will be shown at a high level for the first time. My personal most anticipated run is the Metroid Prime 2: Echoes low% speedrun, where Miles will beat the game with only 6% of the items in 2 hours. Just an amazing videogame with incredible 3D movement, now even harder with this dangerous category where Samus will be underpowered.

Then of course there’s the big Super Metroid race, this year in the 100% category. This is in my opinion the best category in speedrunning because of how much variety there is in the movement. Despite loving this category I was not hyped for this as a “race”, since Zoast has been so much better than anybody else. I expected him to destroy everyone in any kind of 100% event, but things have changed. Behemoth87 (star of the 2016 Any% race) has just taken the 100% world record with an incredible 1:14:52 after some immense practice sessions lately. The category has really come to life. Everyone is streaming the game at the moment and you can watch Zoast, Oats N Goats (not in the race, but streaming 100% a lot after taking the WR in any%), and Behemoth87 streams to see more. All great dudes. There’s also the Super Metroid leaderboards on deertier.com for more info.

AGDQ 2017 will be streamed from January 8 on their main website and Twitch. You can also watch vids from past GDQs on their official YouTube channel.

Finally. Clear the bullshit rumours out of your mind and enjoy some legit game confirmations, launch details, real gameplay footage, system info, and celebrate a new console with the passionate Nintendo community. It’s going to be a lot of fun and possibly the most exciting event of the year. Nintendo has no excuse to hold back info anymore and I’m really hoping we see a huge blowout. We already know about Mario, Zelda and Splatoon, with much more behind the curtains.

Behind door number 3 is a videogame release. The 3D effect is a bit flat and it’s not a full remake like DQVII, but it still looks to be the definitive version of DQVIII with some notable gameplay improvements and features added to this PS2 classic. Enemy encounters now appear on the map, battle speed can be adjusted, new dialogue, characters and story are added, and there’s a new StreetPass function. I’m just excited to play through it in bed.

The newest entry in the world’s biggest horror franchise is something to look forward to, regardless of how stripped down the gameplay might be. There’s a demo already out to sample the nothingness and atmosphere, but it’s only meant to be a teaser. The full game is bound to have some tangible thrills, interesting story points, detailed environments, and that classic Resident Evil atmosphere. I have no idea if this game will be good, but I’m looking forward to playing it. 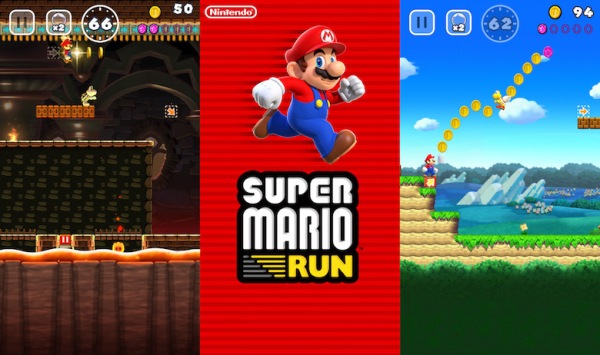 This game is already out on iPhone, but now we have the second half of the launch due any day now. Super Mario Run is just a fun little game a lot more people will be able to play. It’s not 100% confirmed for January but should be out very soon, with a listing already showing up on the App Store. Just be careful you don’t download an unofficial version.

That’s about all I can think of, but it’s a lot for January. I can’t remember the last time so much happened in the first month of the year, perhaps the legendary January 2013 Nintendo Direct. Momentum is going to continue into February as well, with Yoshi’s Woolly World short movies debuting with the new 3DS game, and the Switch launch in March. It’s going to be an exciting year with everything happening so fast. A lot of fun is on the way, and it’s time to get our bodies ready.