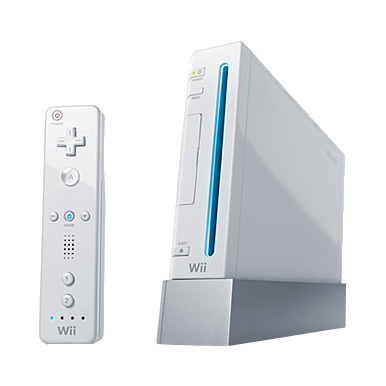 END_OF_DOCUMENT_TOKEN_TO_BE_REPLACED

Slightly Mad Studios should be renamed Completely Batshit Studios, because based on this game they are a bunch of sadistic wankers. After Shift Unleashed I thought they’d be able to make a better game without EA. While the menus are much cleaner, this game’s structure has completely gone down the shitter. 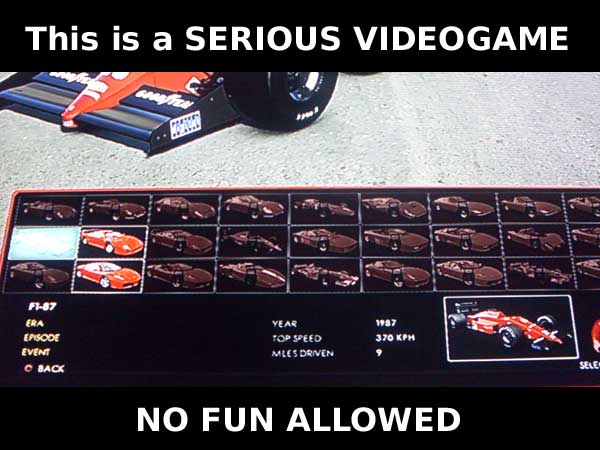 END_OF_DOCUMENT_TOKEN_TO_BE_REPLACED

After New Super Mario Bros. 2, gaming journalists complained Nintendo was releasing too many Mario games (and then they beg for more 3D ones afterwards), and is now a yearly franchise with hardly any difference and therefore sucks. This thought process further solidifies the fact gaming journalists are retarded, but why whine about something (because I r a game journalist too hur hur hur) when I can present hard evidence? END_OF_DOCUMENT_TOKEN_TO_BE_REPLACED

Motorsport is a big part of Go Vacation, much to my excitement, and it’s found in the form of “Motor Fest” in the City Resort. This one mini-game manages to include not only street races through the resort, but also motorbike racing, checkpoint races, and open-wheel oval racing in a huge stadium. All the motorsport games are controlled with the Wii Wheel setup, using motion to turn – no nunchuck – and much to my relief it feels very smooth, a bit like Mario Kart Wii but faster. The car handling isn’t realistic, but they do wiggle about a bit if you tackle a corner too fast, and you need to lift off the throttle a fair bit, with braking only required on the sharp corners. It’s not exactly Race Pro, but it’s just challenging enough to be satisfying. It’s more comparable to Ridge Racer, which is no surprise when you find out the Ridge Racer development team actually helped work on Go Vacation.

So I’ve done the basic run through of 150cc and played some online matches. I think I’m prepared to talk about Mario Kart 7. This isn’t a review because I hate reviews and any Mario Kart 7 review that doesn’t read: “it’s Mario Kart“, is a waste of time. I am going to file this under reviews though because, you know, convention. Instead this is an analysis of changes made to the Mario Kart formula in this, the seventh entry to the series. It’ll be posted here and over at Koopa Beach.

First up, I am really disappointed that the game doesn’t feature some of the more extensive time trial options that Mario Kart Wii included. By that I’m talking about being able to download regional and worldwide ghosts and examine the top ten rankings. This was a real source of motivation to improve in Mario Kart Wii and I’m proud to say I made the top ten in Australia for Cheep Cheep Beach and Vanilla Lake. That came from seeing that my times were close to the top times and having amazing ghosts to compete against in the form of wifi friends and housemates. The other great thing it did was tell stories. If you followed the world record times closely you’d see new shortcuts and techniques for tracks open up. It was incredible and I was hoping to dedicate a significant amount of words on Koopa Beach to just that aspect of the game as it went through early development stages. As it stands though, that commentary will now probably come from the elite players who I expect will be hanging around at the established time trial communities. That link I just made though is dead at time of writing. And any stories that do come will only be fragments strewn across message board posts. It looks like history may be lost.

END_OF_DOCUMENT_TOKEN_TO_BE_REPLACED

This is the real deal. 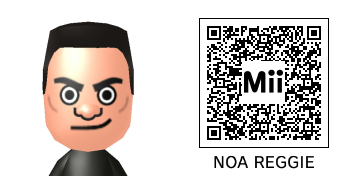 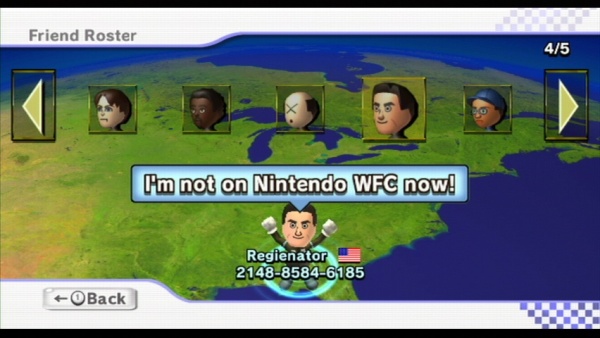 Nintendo WFC knows only one champion: 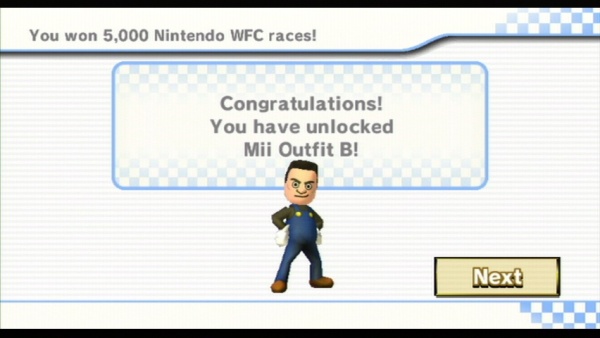 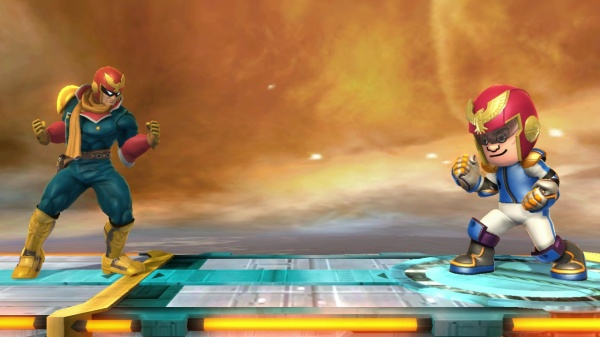 The video speaks for itself…

Friend Codes are a controversial online schematic that can mildly be described as cumbersome.  The IDEA behind Friend Codes is a good one, but the execution of this idea has until recently been poorly lacking.

However, with the announcement of the universality of Friend Codes for the 3DS, the Friend Code system rises from unwieldy to a viable alternative that’s even superior in many ways to alternate online systems.

END_OF_DOCUMENT_TOKEN_TO_BE_REPLACED

Reggie has seen many things in the hours, days, weeks, and months of racing he has dominated in Mario Kart Wii.  Some of which induced glorious fits of laughter, some of which compelled fits of rage capable of punting unlucky souls into another dimension.  You will now travel into this dimension; a dimension not only of sight and sound, but of mind.  A journey into a wondrous land of imagination.  Next stop, the Reggie Zone!

END_OF_DOCUMENT_TOKEN_TO_BE_REPLACED

Have you wondered what Reggie does in his spare time when he’s not off kicking ass and taking names?  He’s off playing that kiddy Mario Kart Wii game and mugging himself into every possible shot of the action!  Here are just a select few of these sightings… 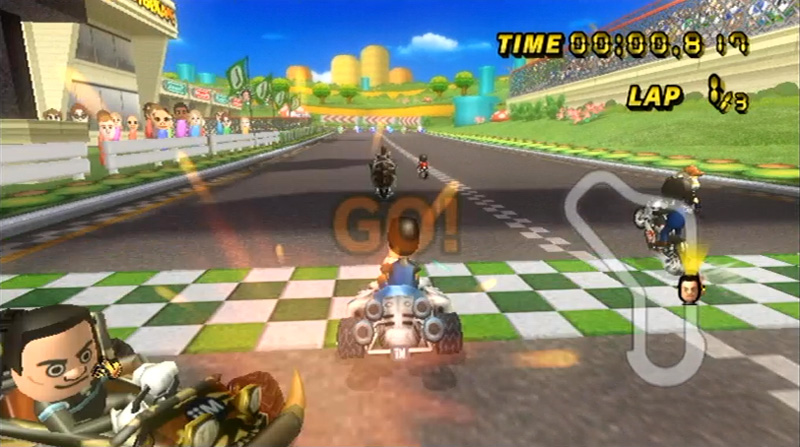 Reggie gives other racers a generous head-start while he mugs for the camera. 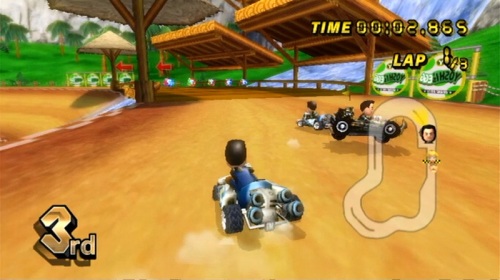 Reggie forgets his list of names, and pulls a sharp 180 in the middle of the race to go back and get it… 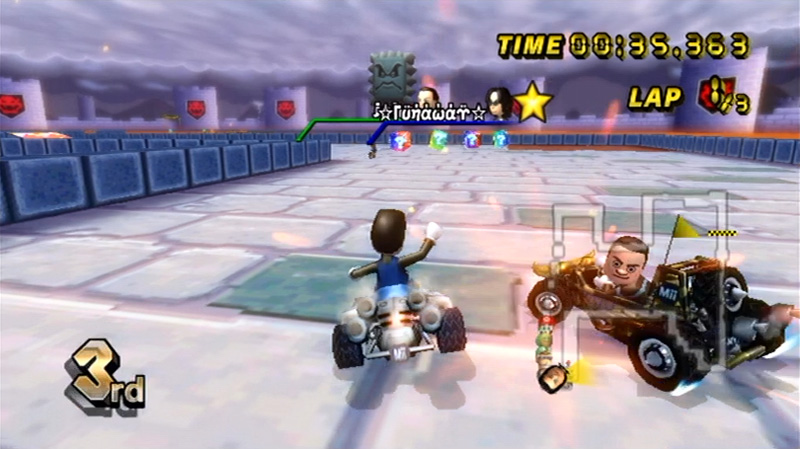 Reggie makes sure the camera is watching as he takes a tight drift without even looking at the road. 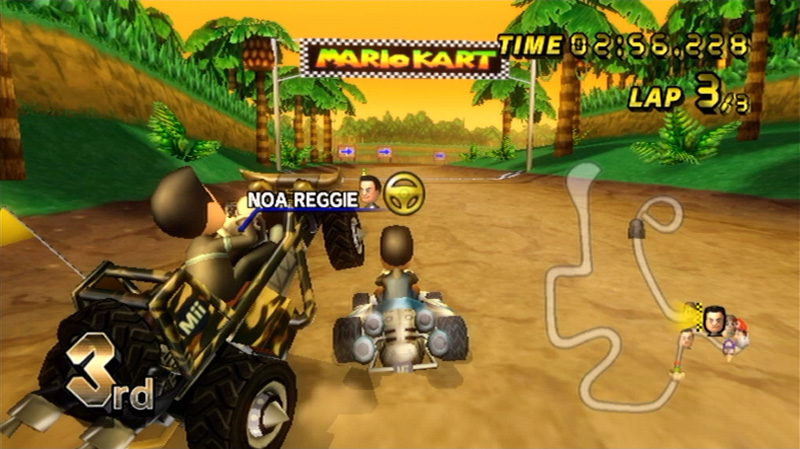 Reggie shows off his wheelie doom-kart abilities.  Why?  Because HE CAN.  BUT! (PLOT TWIST) END_OF_DOCUMENT_TOKEN_TO_BE_REPLACED

FlatOut is a budget Wii racer developed by Team6 Game Studios and published by Zoo Games in the USA. Sporting a debut price of $20, FlatOut can be summed up as a Budget Burnout or Casual Burnout – and in some ways this is a good thing, cuz you could’ve done worse by getting $50 of debut-disappointment on any of the FOUR Need for Speed titles on Wii. There are obvious limits on the scope and features of the game, but I could immediately tell Team6 was very serious about this project based on one of the very first screens the game loads: a note on the detectable range of Wii Remote tilting angles. 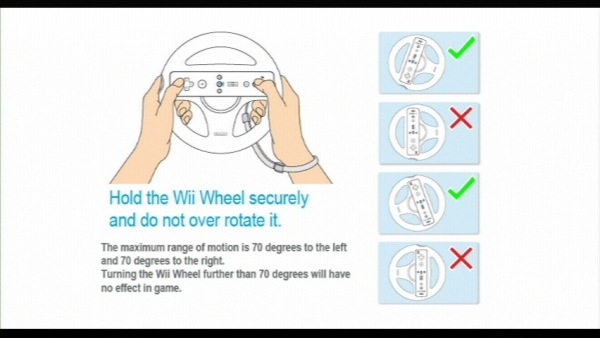 END_OF_DOCUMENT_TOKEN_TO_BE_REPLACED

Bringing up any of following points is a sign you’re playing Mario Kart Wii wrong. But don’t fear, because i’m here to steer you in the right direction. Let’s get started!

END_OF_DOCUMENT_TOKEN_TO_BE_REPLACED

Wow, could there finally be a good Nintendo character?

END_OF_DOCUMENT_TOKEN_TO_BE_REPLACED

Join Reggie as he celebrates the first night of E3 2010: new software announcements, 3DS, ZELDASS, glorious sales data — all this excitement rapidly increases Reggie’s appetite. Surrounded by so many “game journalists,” Reggie can’t wait to thickly forge his foot against their flabby seats. Deep down, your behind is still sore from last year’s celebration. Punt. 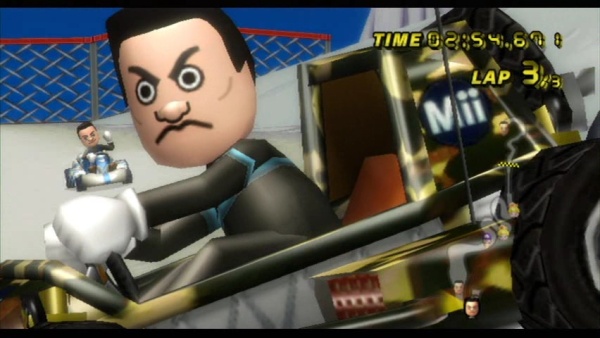 Reggie disapproves of any DK-themed track.

END_OF_DOCUMENT_TOKEN_TO_BE_REPLACED

Join Reggie as he celebrates countless servings of SORE ASS on the EVE OF E3 2009. How does Reggie relax and prepare for the show floor after flexing his Casual Might during the press conference? He cracks open a beer then TAKES NAMES on the worldwide kart circuit. Then he gets more beer and watches the replays. 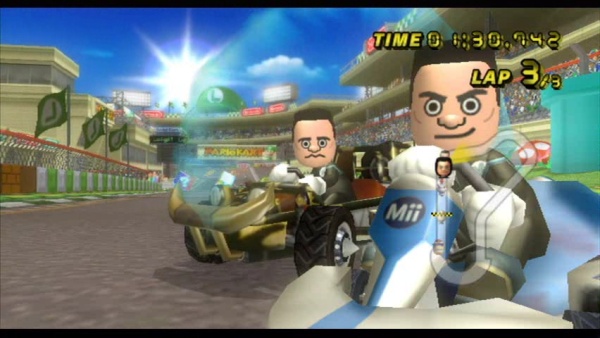 Reggie can be in two places at once. A single Mii cannot contain him.

Things take on interesting turn on the SECOND NIGHT OF E3 2009 as he patrols the worldwide servers for ASS in the name of justice. What did Reggie encounter?